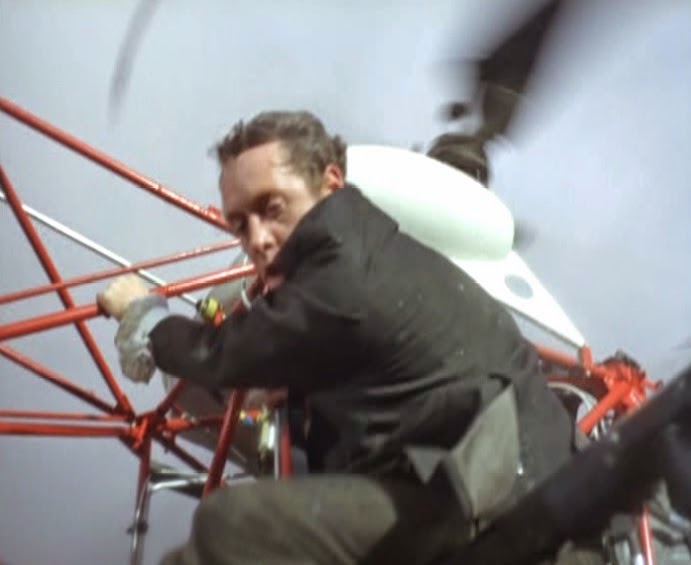 That was a narrow escape for the Prisoner! It could be discerned that he is attempting another escape from The Village by helicopter, judging by the following ground shot. 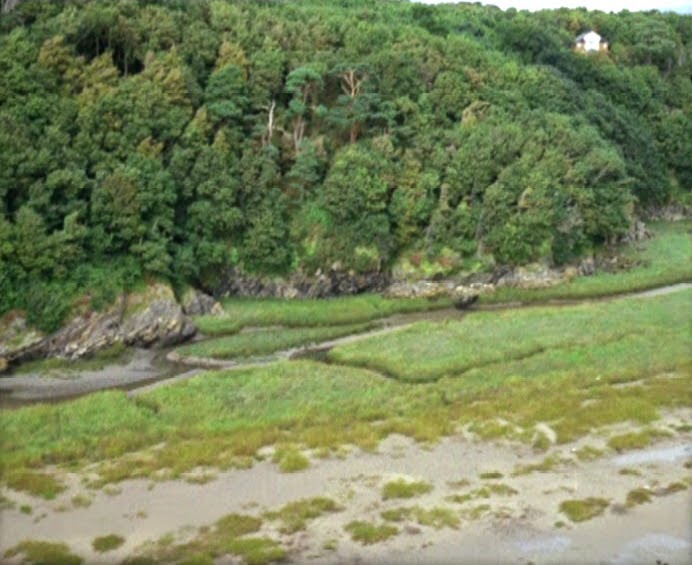 This image seen on the screen is of the beach and cliffs just along from Portmeirion! Of course Mister X isn’t really attempting another escape from The Village, seeing as these images are taken from ‘The Girl Who Was Death.’ As Mister X looks down at the ground he would be looking at a grass field, and so should the television viewer. But instead a shot of the beach and cliffs at Portmeirion was inserted. Why, when for continuity reasons, it would have been simpler to have filmed the field below from the helicopter! As it is, it would appear that The Village is always closer than one might think!