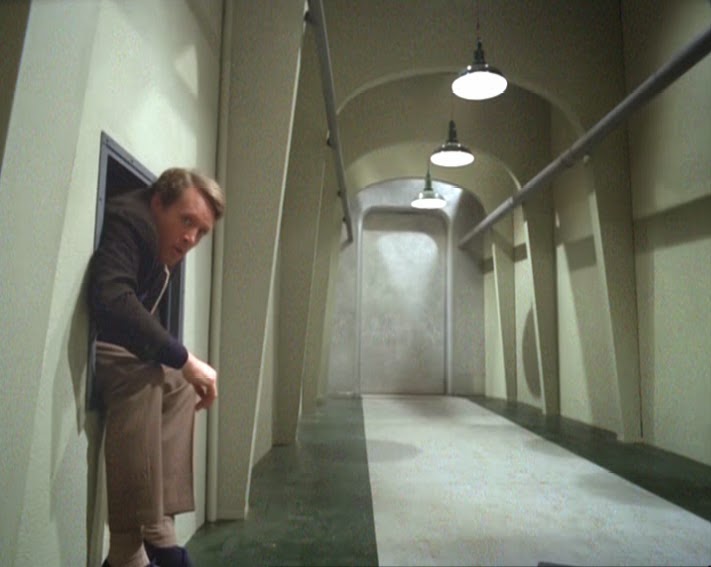 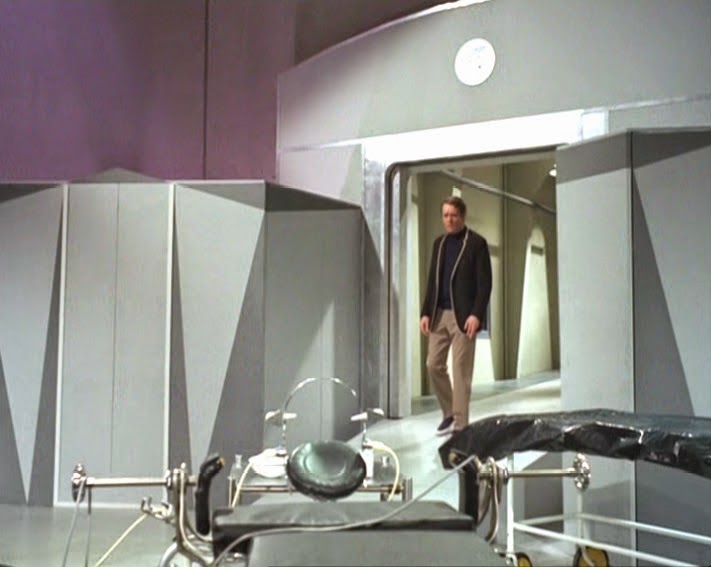 Carrying out a spot of breaking and entering by the looks of it! It will be all the worse for him if he gets caught! It’s lucky for No.6 that the laboratory was situated somewhere in the woods. If the experiment had taken place in the hospital, it wouldn’t have made it so simple for No.6 to break in and discover what had been happening to him. While at the same time diluting the third dose of the doctor’s drug! There would have been far too many doctors and nurses about the hospital for Number 6 to try anything like that there.
It’s also lucky for No.6 that there were no surveillance cameras, otherwise an observer may very well have witnessed his activities. Or at the very least his activities recorded on film. Mind you No.6 didn’t act as though there might have been surveillance cameras in the laboratory. He took close examination of the equipment, the box files, and the third dose of the drug quite freely, and never once appeared to look for any cameras. Perhaps because the steel door to the laboratory was unyielding, it was thought surveillance cameras were unnecessary. But if that was the case, how did Number 1 know to telephone Number 2, at the moment the experiment failed? Anyway No.6 got away with his spot of breaking and entering.