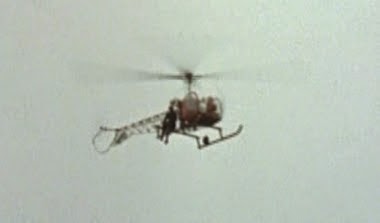 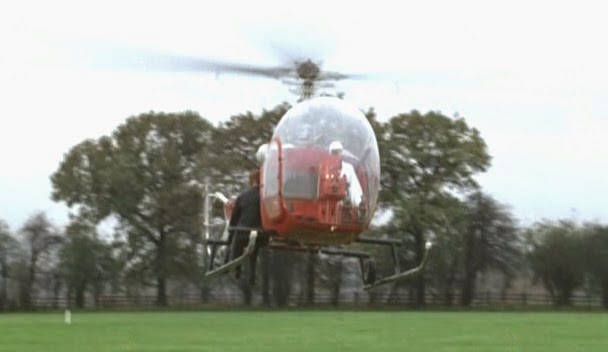 Is this a stunt far too dangerous? I wonder if the production team working on ‘the Prisoner’ would have got away with such a stunt today? It is written in Andrew Pixley’s ‘the Prisoner’ – A Complete Production Guide’ “To the crew’s horror, McGoohan did the shot of Number 6 grabbing onto the copter’s undercarriage and holding on for longer than had been agreed when planning the take.” But obviously the stuntman had to go further, sitting in the skid, holding onto the helicopter’s framework, and without any apparent safety harness!
Just as a matter of interest Frank Maher used to tell the story of while they had the Alouette helicopter for filming at Portmeirion, he used to get a lift in from Porthmadoc sitting in the skid of said helicopter.