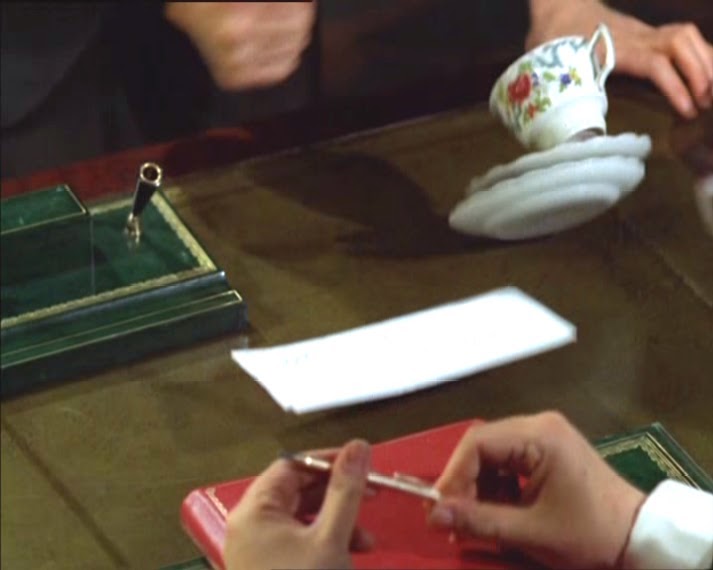 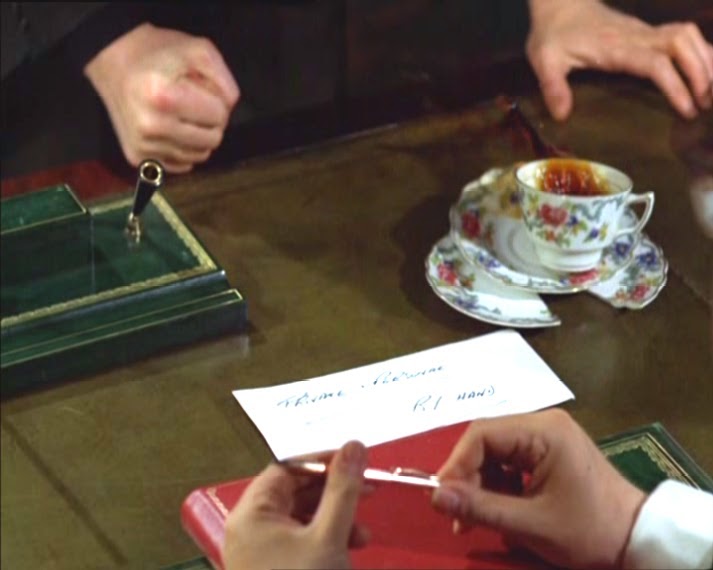 ZM73 {for want of a better name} storms into an office. He paces up and down in a rage, ranting at the man sat behind the desk. The man remains passive, toying with his ballpoint pen. He remains unmoved even when ZM73 slams down his letter of resignation on the desk. He re-enforces this with his fist, which he brings down on the desk like a hammer. So much so that he upsets the teacup in its saucer, and tea plate. All three items rise from the desk, and when they come down onto the desk again, the tea plate breaks in two! It would appear that the rage and force shown by Patrick McGoohan in this scene during the opening sequence to ‘the Prisoner’ is about as real as one can get. Enough to lift the crockery off the desk and break the tea plate.
I remember reading a question asked in an old Number Six magazine back in the late 1980’s I think it was, the question being “Why does the cup have two saucers?” I smirked at reading the question, because it was obvious to me that there were not two saucers, but only one. The other being a tea plate, which would have had two or three biscuits upon it, perhaps rich-tea, or digestives.

Be seeing you
Posted by David Stimpson at 09:06