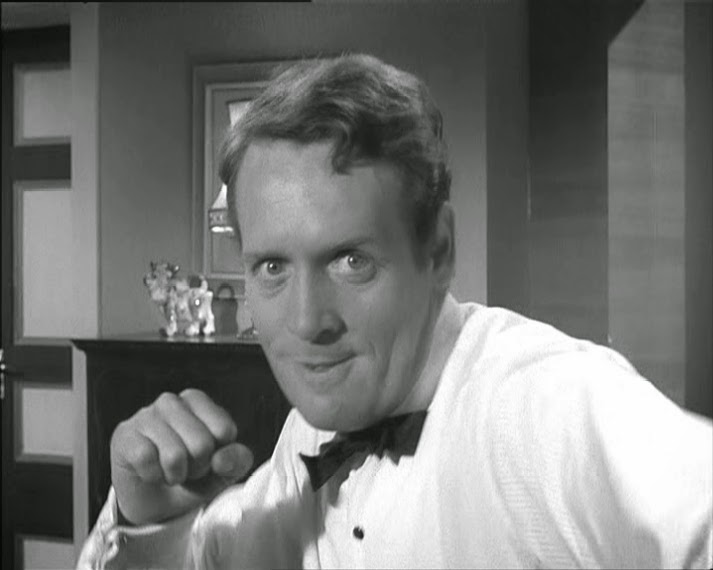 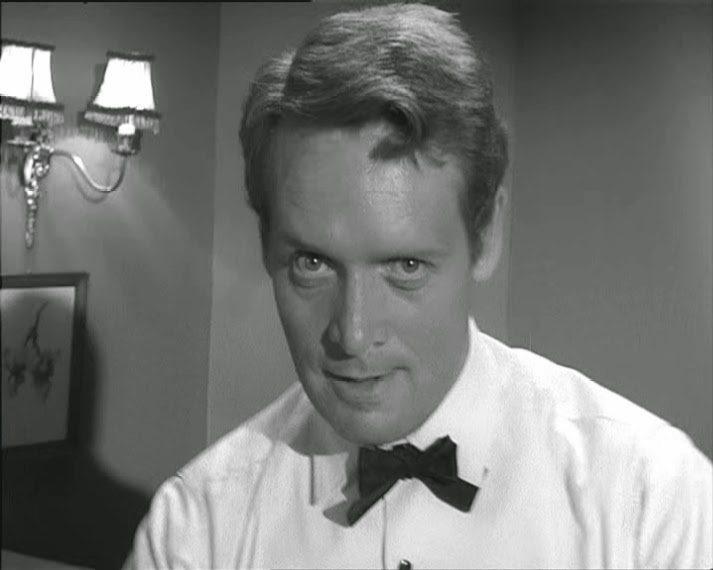 Having regained his faculties as well as his right-handedness, Number 6 sets off to have it out with his other self seconded in his cottage. Confronted with the threat of a nerve gas gun “one squirt you’re paralysed, two squirts you’re dead,” 6 feigns that he doesn’t know who he is. He’s told he’s Number 12, yes, yes, but in his dreams he’s someone else, “Tell me, who am I?” And just as Curtis is about to phone Number 2, 6 attacks him, and a vicious fight takes place between the pair of 6’s. But this was not the first time that Pat McGoohan had had a fight with himself. The first time was in the ‘Danger Man’ episode ‘The Ubiquitous Mr. Lovegrove.’ And the last time would be when the former Number 6 confronted Number 1 in ‘Fall Out.’ Although Number 1 managed to evade falling into the grasp of Number 6. If he had, and a fight between the two had taken place, well that might very well have been one fight too many between McGoohan and his other self!
Be seeing you
Posted by David Stimpson at 08:15