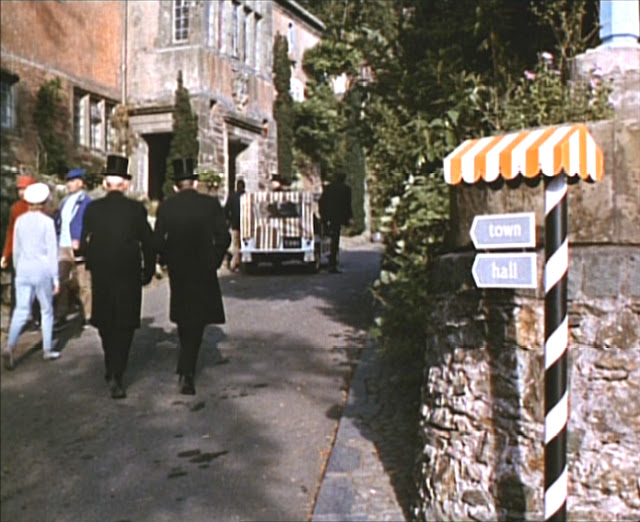 Here is the Colonel arriving in the Village during 'Do Not Forsake Me Oh My Darling.' No it's not, it's the Prisoner on the day of his arrival in the Village, having just been given an aerial tour of the Village. It is a real pity that later episodes in 'the Prisoner' suffer from the use of stock footage from other episodes. Perhaps at the time they thought no-one would notice, and used film stock footage from other episodes to fit in with particular scenes in the script.