It's quite obvious that No.1 had not considered the implications of incorporating No.6 into the plan to assassinate/execute a retiring No.2. And in that there's a mystery, well two actually, possibly three. Firstly, No.2  generally leaves the Village/gives up his office either at the end of his/her term of office, or when he or she fails. This is the first and only time that a No.2 is retired! And since when does No.2 leave the Village to go on leave! What's more why bring this No.2 back to the Village simply to retire him? They could have simply retired him into the Old People's Home, but no, this No.2 has a final purpose. He is to be executed, the blame being laid on innocent citizens so then a purge of the Village can be carried out, to purge the Village of all malcontents.....might that not have included No.6? Seeing as how he is top of the list! Also No.2 doesn't appear to know who No.6 is when they meet, and it would appear that No.6 doesn't know who No.2 is! Perhaps they didn't have any dealings with each other. Certainly No.2 has been the most industrious of all the No.2's, not in the interrogation of prisoner's, but for the good of the community and it's citizens by improving certain amenities, amongst which is the improved Cafe facilities for one, and the new Blue Zone {whatever that is} in the post for another. 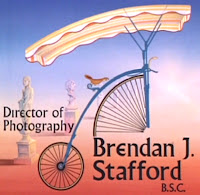 But really, can any plan which involved No.6, really succeed? His involvement being just to give the plan more credibility, without which the plan may not succeed. Well the plan didn't succeed, what's more the retired No.2 escapes.......or does he? Because much to the surprise of the new No.2, the helicopter carrying the retired No.2 to the landing stage, suddenly turns and heads back to the Village. I like to think that the retired No.2, who knew that 'they' would catch up with him eventually, wherever he went, had decided that the best cousre of action was to return to the Village. Once there he would face any consequences, possibly to simply be retired into the Old People's Home, where he can live out the rest of his life in peace, quiet, and relative comfort. And I also wonder just how long the new No.2's term of office was, seeing as how he'd made a complete dogs breakfast of the plan so carefully thought out by, presumably No.1?!