Last time No.6 became involved with an assassination/execution plot against the retiring No.2. Because he saw that there would be mass reprisals against innocent citizens of the Village. That all seems to be forgotten, not that the ordinary citizens would be aware of No.6's actions. But now the whole Village turns against No.6, who is posted as being Unmutual, and threatened with the process known as Instant Social Conversion. In other words a leucotomy to isolate the frontal aggressive lobes of the brain, something which a doctor prescribed in 'Checkmate!'
This time it's No.86 who is the weak link in the chain of command, as No.6 outsmarts her, as he demonstrates to her how to make a proper cup of tea. No.6 also demonstrates his prowess at hypnotism, and No.86 proclaims that she is higher than No.2, although that might be the side effect of the drug sedative Mytol.
No.6 used to use the Village gymnasium, but now uses his private gymnasium in the woods. Mind you he had his own private gymnasium in the previous episode, which begs the question, just when did No.6 construct his own private gymnasium in the woods?
No.2 Chairman of the Village, seems to give out sayings as easily as Chairman Mao wrote them in his little red book such as "The slowest mule is nearest to the whip!"
No.6 disrupts a meeting of the Social Group. 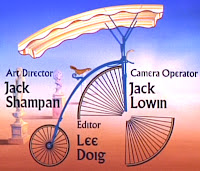 No.42 who shows every sign of a deep depression, always in tears, soon finds her feet, her confidence suddenly returned when she becomes a member of the Ladies Sub-Appeal Committee, who only want to help No.6.
If No.6 was ever a loner in the Village, now he finds out what real loneliness means. What's more all his privileges are taken away from him! What is it No.42 said "They are socially conscious citizens, and are provoked by the loathsome presence of an Unmutual!"

Be seeing you
Posted by David Stimpson at 15:17