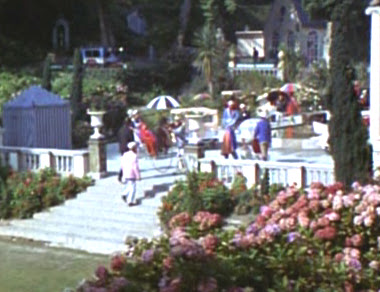 Here is a piece of triviality. In long shot, the Prisoner walks up the steps to the central Piazza, a Villager appraoches the Penny Farthing and is standing by the bicycle as the Prisoner reaches the stop step. 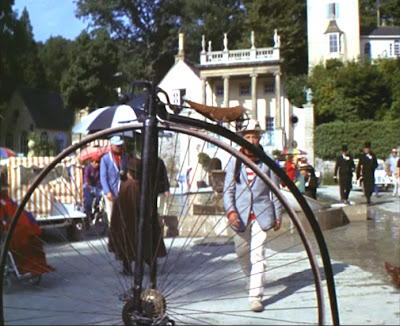 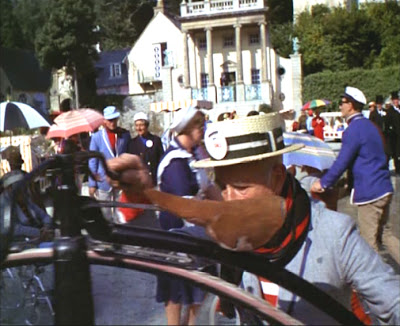 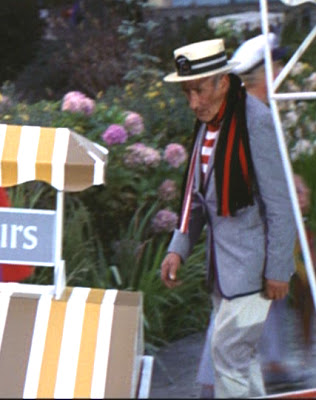 A trivial matter? Yes of course. But it does demonstrate that there is still plenty for the Observer to notice within 'the Prisoner' series, even after nearly 45 years.
This extra probably lost his badge, it having fallen off his straw boater. So someone from the proprty department gave him another one, a different badge, not thinking about continuity.

I'll be seeing you
Posted by David Stimpson at 07:58