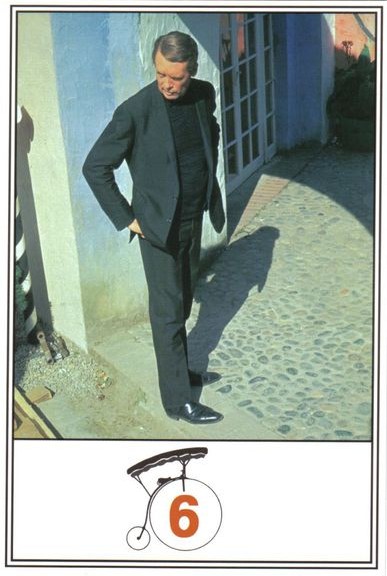 So, this is the Village is it. Well it's picturesque enough, but there doesn't appear to be anyone about. Perhaps they're on the annual democratic outing! "Hello, anyone about?"
I did ask a waitress at a cafe if I could use her telephone, but she said she hadn't got one, but told me that there's a phone box round the corner. I wanted to make a telephone call, but the woman at the Telephone exchange asked me for my number. I told her I hadn't got a number, she said "No number, no call!"
The shop keeper wasn't of much help either. I asked him for a map, in black and white or colour, I wasn't to bothered, all I wanted was a map. He showed me two, one in colour, one in black and white, and they both showed exactly the same thing. I asked the shopkeeper for a map with a larger area, but he told me there was no call for them. What's the matter with people here?

Be seeing you
Posted by David Stimpson at 08:12