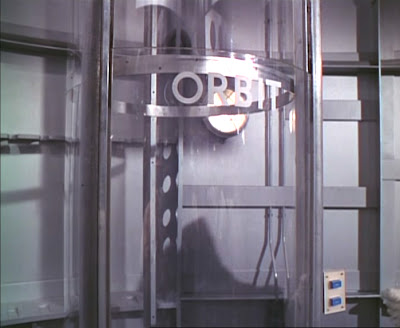 The former Number 6 was given the choice, to lead the Village, or go. Why, if they already had Number 6's alter ego? And what future might the former Number 6 enjoy, if he had accepted the offer of ultimate power? No.1 showed the former Number 6's future in the crystal ball, as a prisoner!
But had there not been an outbreak of violent revolution, had not the former Number 6 resisted in such a violent way, but simply said "I want to leave," as per the choice given to him, would they really have let him go? It seems highly unlikely. Number 48 and the late Number 2 were already snug in their Orbit Tubes {for suspended animation} so what price Number 6, and the un-denoted Obit Tube. I'm sure it was to have the number 6 added to it. If there had been a different turn of events during 'Fall Out,' the question is where was to have been the destination of the rocket, and what fate might have befallen 2, 6 and 48?