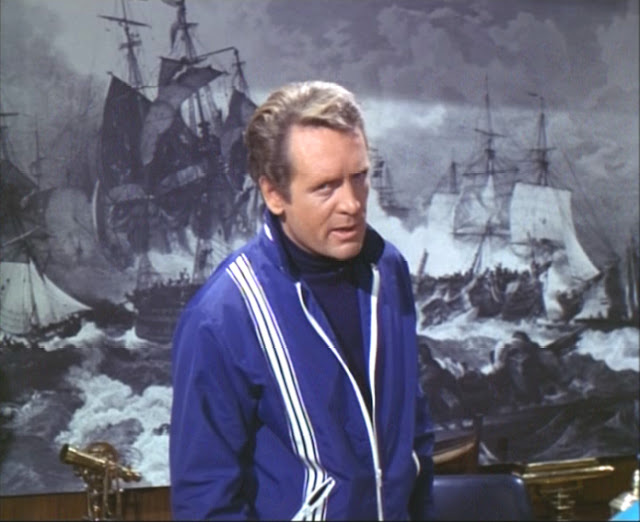 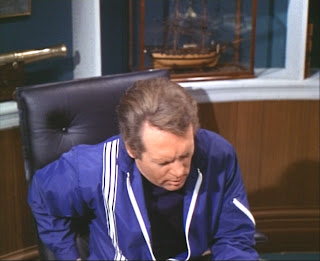 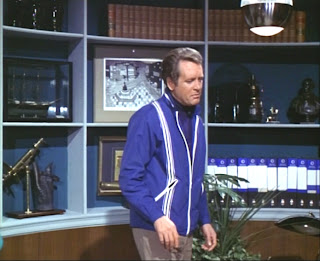 I think you will agree that the Colonel is a military rank in the British Army, well in anyone's army if it comes to that. So why is it, the replica the Colonel's office in 'The Chimes of Big Ben,' looks more to do with an Admiral of the Navy? The large picture seen in the Colonel's office, is I believe of the Battle of Trafalgar. And there are a number of nautical devices, a brass canon, and two or three models of sailing vessels.
You will recall how John Drake in 'Danger Man,'  who had a number of different immediate superior's, Admiral Hobbs for one in 'Colony Three.' This is brought to mind, simply for the Naval militaria decorating the Colonel's office! I am reminded of the General's office, how the room is decorated with Army militaria. And the Professor's house, with paintings of Generals hanging on the walls, because of the "the General." Somehow the naval militaria does not suit the Colonel's office.