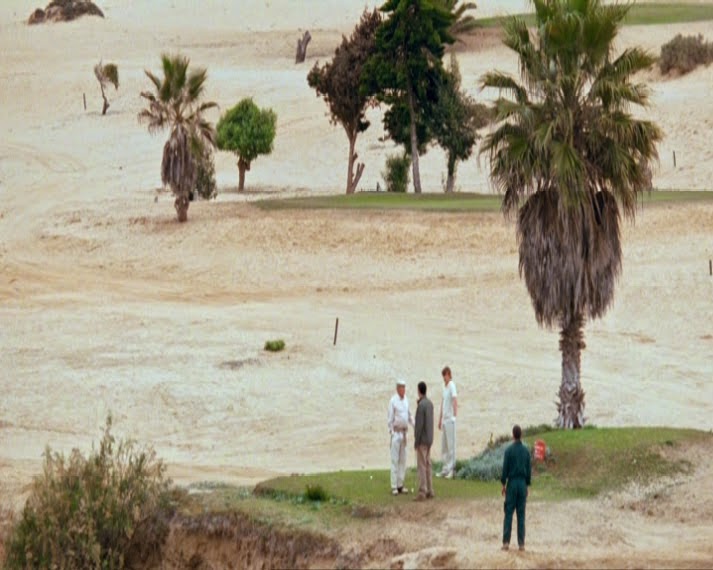 Here is The Village golf course. But I have a feeling only Two plays the course, and even then by actually driving from green to green, because Two only has a putter in his golf bag. Looking at the golf course, it would seem that it's one huge sand trap, interspersed with greens here and there! At one point in an interview with Six, Two does a curious thing. He puts his putter in the golf bag, which is on the back of the golf kart, then removes the golf bag, laying it down on a green, then drives off in his golf kart leaving it there. Oh well. 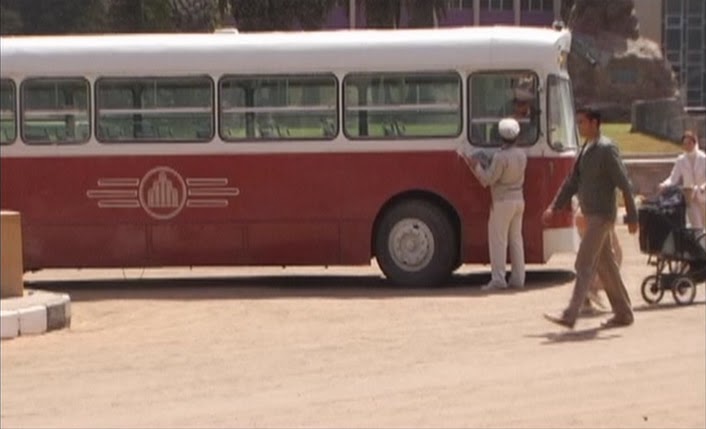 Buses feature largely in The Village, and in one episode Six was a bus driver. Note the bus driver standing by a bus in the above picture. He and a colleague seem to be enjoying The Village newspaper, perhaps The Tally Ho! 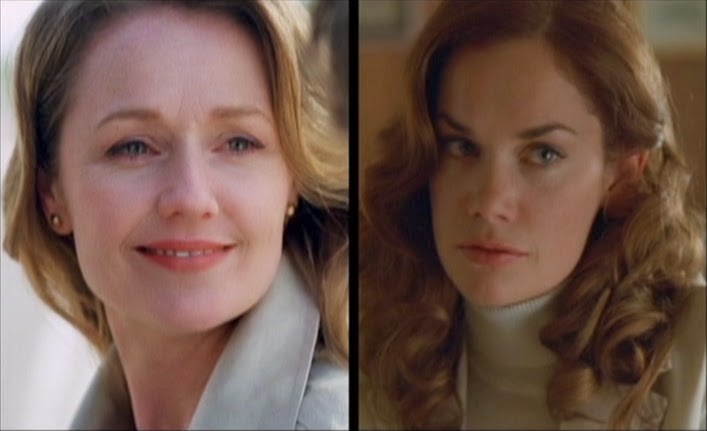 I wondered why Two chose 313 to take over the role from M2. Yes like M2 313 is a dreamer, needed to dream The Village. But perhaps there's a little more to it than that. The hairstyles are the same, as is the colour of the hair, even the make-up is the same. So it might be more than just coincidence that 313 was chosen by Two.
﻿I like to think though, that Helen and Curtis' experience of The Village is not over as we see them together in their New York apartment. After all they have suffered because of their experience in The Village. And due to the fact that they had just lost a son, I thought that would make them both broken people, and might have been brought back to The Village to be made better, like so many people before them. And yet would they really want to experience The Village again? After all their son 11-12 didn't grow up as they had hoped. He was a homosexual, so no chance of children to lengthen the Two dynasty, to pass on The Village onto family heirs. Plus 11-12 was a murderer, he stabbed his lover 909 to death. Also he committed matricide, by suffocating his mother M2 to death, an event Helen appeared to experience in her subconscious. Even though one is not supposed to be able to die in a dream! So who would want to go back there? The Village is a bloody nightmare! But even though Helen and Curtis would probably not want to go back to The Village, while living their lives in New York, how would they know they are not also in The Village? Perhaps they would realise, seeing as Helen is a dreamer.
And that's partly what THEPRIS6NER-09 series is all about, place of being. It makes one question one's whereabouts, reality. Are we really here? Is what we experience reality? And if it is, which reality?