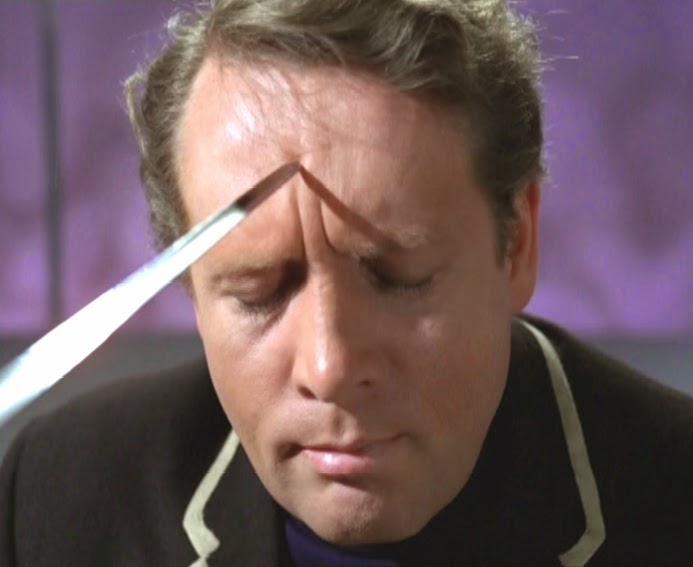 "Ah, you react!" well who wouldn't with the tip of a sword prodding ones forehead? But just a minute! According to a psychological report on the tests carried out on Number 6, he showed a negative reaction to pain. Admittedly that would take superhuman will power, but nevertheless it's something, according to Number 2, that Number 6 wouldn't be able to fake. The doctor-No.22 carried out those tests herself, I would imagine she enjoyed that! But either by the time of 'Hammer Into Anvil,' which is the next episodde, Number 6's negative reaction to pain had been forgotten, or he had suddenly lost the will power!

BCNU
Posted by David Stimpson at 08:59