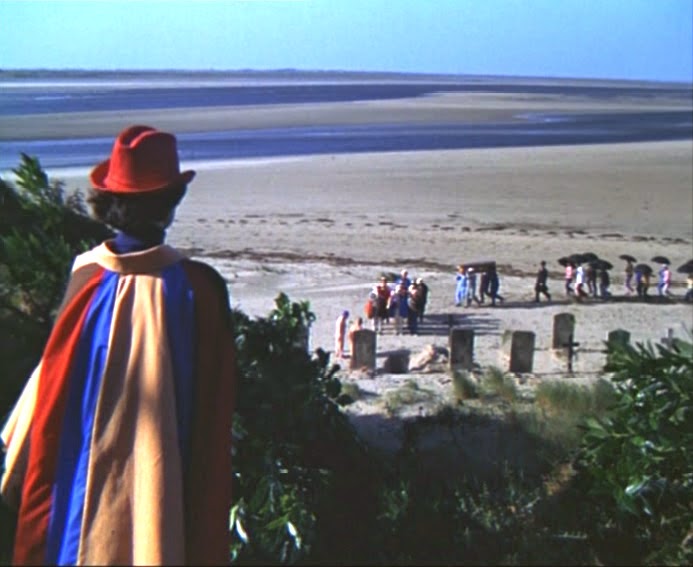 Who would have a cemetary on a beach? ﻿Well where else in Portmeirion could the production crew dig a hole big enough to bury a coffin? But then they do not actually bury the coffin, not that the television viewer sees.
Observers of life, so they say, should never get involved. No.9 is an observer of Cobb's supposed funeral, and it makes me wonder just how involved she was with Cobb. She did seem genuinely upset. Was it all just staged for No.6's benefit? Didn't No.9 know that Cobb wasn't lying in that coffin? Her tears seemed genuine enough, unlike those crocodile tears of the maid No.66. So why observe from a distance, and not attend the funeral itself if her relationship with Cobb had been real? Perhaps she became involved with Cobb in the hope that they really were going to escape together. And now that Cobb is dead, there goes the chance for escape, and that makes No.9 a tragic figure. Well there is no reason to suppose that she knew that Cobb was not dead, after all she is just a pawn, and apparently played by everyone!