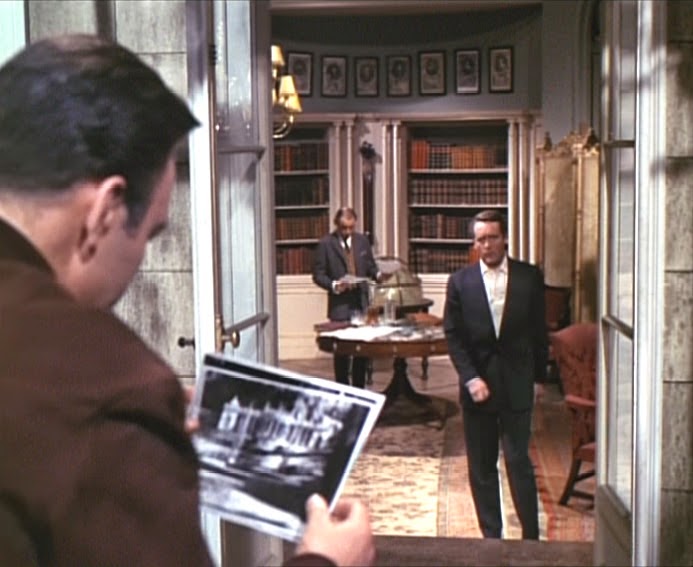 It's just as well Number 6 didn't arrive in an office he knows very well in London as he did during 'The Chimes of Big Ben,' that would have been an interesting encounter with the Colonel and Fotheringay! But seeing as Number 6 had two calls to make, one being in town, which begs the question why did he go to see the bureaucrat to whom he handed in his resignation? Unless it's simply to let him know that he was back. Perhaps to taunt him! Or on the other hand, so that George Markstein could reprise his role from the opening sequence.
I did think that perhaps Number 6 had made the first call to that office in order ascertain the whereabouts of the Colonel. But then Number 6 said he had two calls to make,one in town, and one in the country. So he must have already known that he had to be seeing the Colonel at his country residence. I've often wondered how he knew that.


Be seeing you
Posted by David Stimpson at 08:13