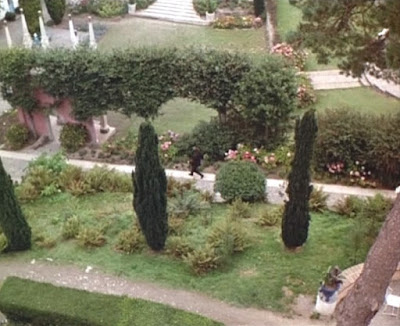 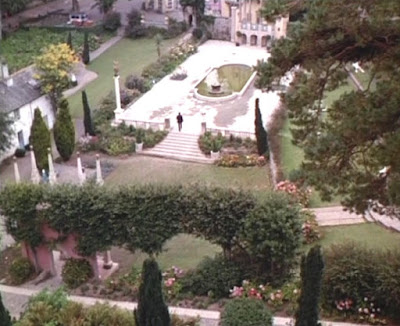 Although this is a Bureau of Visual Records item, it could be categorised as a Caught On Camera. The two images above show the Prisoner, having left his cottage on the day of his arrival in The Village, on his way to the Café which is just opening. And that would be fine, except for the fact they come from ‘Its Your Funeral!’
Having failed to persuade Number 50, the Watchmaker, from carrying out an act of assassination against Number 2, he sets out for the Green Dome in order to warn Number 2 of the assassination plot against him. The only thing is Number 6 is wearing his suit and not Village attire. And if that wasn’t bad enough, when he arrives at the top of the steps, there’s no Green Dome! 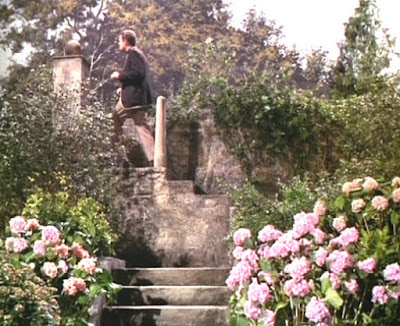