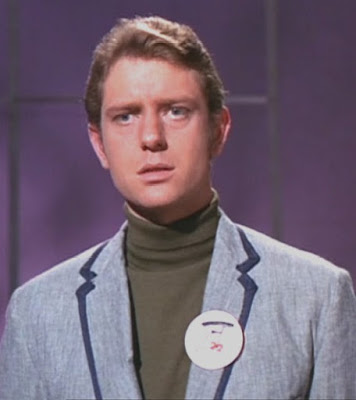 You were against Plan Division Q right from the beginning weren’t you? You saw it as being murder no matter how they dressed it up. And yet you were powerless to do anything about it, even though you were Number 2’s assistant. Not that you did much assisting! On the rare occasion when Number 2 did ask you to do something you couldn’t comply with his request.
No.2 “Send someone to the Bureau of Visual Records, there’s a tape I want to review.”
No.22“At once…subject?”
“Subject… warning of an assassination plot. Persons Number Six and my successor………………………….Well get on with it!”
“It would be a waste of time, there is no recording of that description.”
“How strange!”
“You must be misinformed.”
“Strange that although you have no duty functions in the Bureau of Visual Records, you can state instantly and with total assurance that the records I require are non-existent…. Please explain.”
“No Number two, I’m not able to.”
The fact that you wouldn’t explain, explained everything to Number 2. You didn’t even say you were sorry, you just walked out.
But then which Number 2 were you supposed to be assisting? I only ask because you were seen in the company of an interim Number 2. You were heard discussing Plan Division Q with him. Number 2 told you that you had your specific duties and to stick to them. What specific duties were they? Interference with the surveillance tapes perhaps? What were you doing in the Control Room? You were seen there in the background when the interim Number 2 and the Supervisor were watching Number 50 in Number 6’s cottage. Was that because you were assisting the interim Number 2, because Number 2 was away on leave? No don’t bother to explain, it must have been difficult for you…..serving two masters!