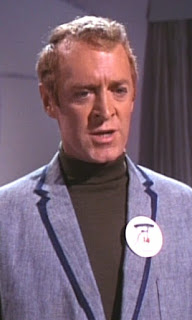 All you wanted to do was help Number 2, that’s understandable seeing as you were his assistant. But Number 2 didn’t quite trust you enough to involve you further than he did, that’s why at times he kept you at arms length. How did that make you feel? Unwanted, infuriated, perhaps you learned to resent Number 2, despite your loyalty. However it has to be said that Number 2 did involve you more than a couple of assistants I can think of. And you were loyal, and liked to give a good impression, as with the time you were dozing in that armchair in the foyer of the Green Dome. You suddenly heard the pair of steel doors open, and just had time to get out of the chair and stand to attention. Thus giving Number 2 the impression that you had been standing there at the ready all the time, but you weren’t fooling anyone I’m sure. But yes loyal, and when Number 2 accused you of being a traitor…well you knew where to lay the blame for that.

Number 2 gave you the word, with his eyes, to deal with Number 6. That’s when you said you would like to give Number 6 a dusting down, that you’d really enjoy that. Number 6 suggested Kosho, and you accepted. But there’s one thing I’ve never understood, why didn’t Number 6 dunk you in that tank of water when he had you at his mercy? Yes, I guess I’d have to ask Number 6 that. Mind you he was quick enough to throw you out of his cottage, through the French window, when you went round to what, “dust him down” accusing him of “putting the poison in,” not quite the tough guy after all, because Number 6 soon made short work of you!

Be seeing you
Posted by David Stimpson at 14:47