A Swift and Efficient Service
With
Style and Dignity
Who notices a hearse, not ZM73 obviously as two funeral directors follow him through the City of Westminster. They picked him up as the Lotus Seven was driven out of the underground car park. It has been suggested in the past that the two funeral directors did so on the instructions of the bureaucrat to whom ZM73 had handed in his letter of resignation. But if we are to imagine that having done so, he then went straight back to the car park, its improbable for the bureaucrat to have had enough time to organise the hearse and the two undertakers, to have them waiting at the entrance, and exit to the car park in order to follow the Lotus. So it’s possible the two funeral directors were working for another agency. It is also possible that ZM73’s abduction had nothing to do with his resignation, that that was purely coincidental. It might be that the two undertakers knew when ZM73 was likely to use that car park, probably on a regular basis, and so were sat there waiting for him. They might have even followed him there. That ZM73, a man of his calibre, was going to be abducted by the two undertakers was probably to have happened one day. The fact that it was on the day he handed in his resignation could well be coincidental. 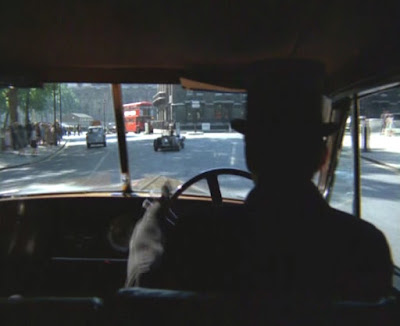 “Do we have to keep following him?”
“You read the instructions.”
“Yes, but we know where he’s going.”
“That’s as maybe.”
“Well then?”
“Alright, if he turns right here, we’ll go straight on and be there waiting for him.” 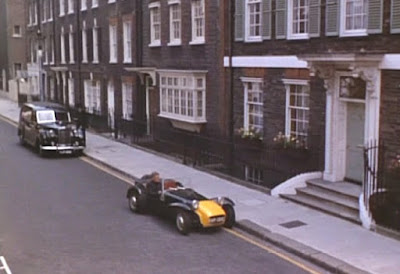 “There. He’s arrived home.”
“We’ll let him get inside, then I’ll follow him, while you get the coffin ready.”
If only ZM73 had driven straight to the airport from the car park instead of having gone home, he might have avoided what was about to happen to him.