On the day of his arrival in The Village, the Prisoner asked the shopkeeper

“Where can I get a hire car, self-drive?”
“No self-drive, only taxis” the shopkeeper informs him.
And yet technicians had been experimenting with a self-drive car and they called it Rover MKI as pictured below. 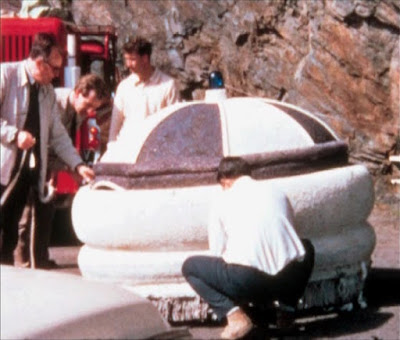 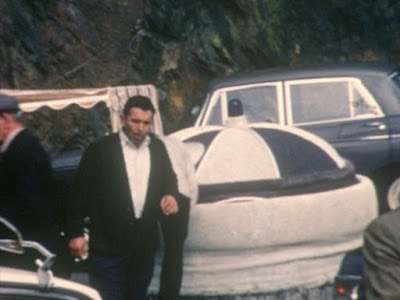 The idea being the vehicle would not require a driver, nor would it be operated via remote control. The blue light on top of Rover is a directional sensor. A rubber banding around the middle of the vehicle restricts damage should it impact with an obstacle or pedestrian.
Sadly there were a number of drawbacks to Rover. Incorporated into its design was the capability to go up steps, climb walls, go on the sea as well as under the sea like a submarine. Well if Rover was anything, it certainly wasn’t Supercar! 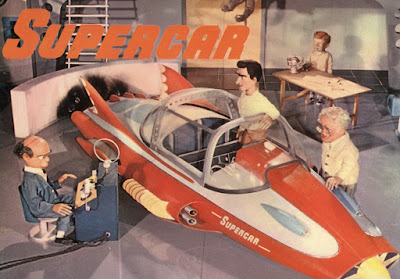 When it came to testing Rover it failed on all counts. It acted like a Dalek, it couldn’t go up steps. Climbing walls was a complete impossibility, and when it was sent out onto the water…..it sank like a submarine, and then its electrics gave out! Rover was eventually salvaged, but was abandoned. One technician still played with the idea of a self-drive vehicle, and had the idea of adding self-inflating balloon tyres to Rover, which would give it buoyancy on the sea, as well as aiding in traversing steps. But scaling walls would still prove a problem, unless they were adhesive self-inflating balloon tyres. However it was thought that a self-drive vehicle with self-inflating balloon tyres in order to make it an all terrain self-driving vehicle was far too improbable. Funding for the project was withdrawn and Rover consigned to the scrapheap. Because a local taxi service was implemented instead. As for the balloons, they became very popular as a recreational beach toy!
And yet the idea of a self-drive car never really went away, and today a truly self-drive KAR has been developed. 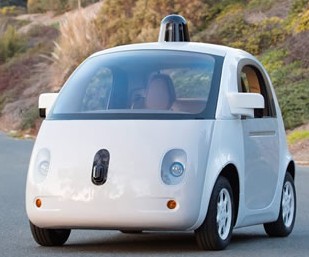 It is a far superior design to ROVER MKI, yet like the MKI it still retains the directional sensor on its roof. This is in fact the Google vehicle soon to be adopted by The Village to replace its taxi service. The only question is what to call it? ROOGLE is one suggestion having been made, or perhaps ROOVLER would be more popular!
{My thanks to nrd6e for the inspiration for this item}