Blimey! What Are They Doing To This Chap? 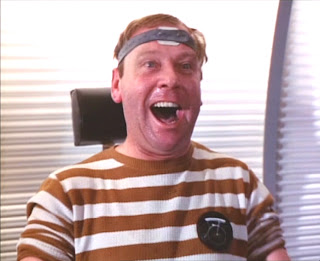 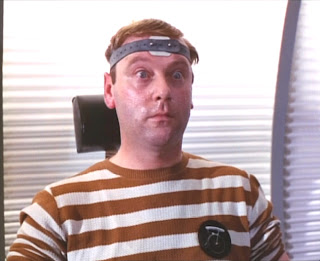 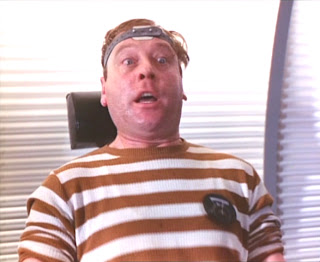 This citizen is undergoing therapy because he has been Prisonertised, meaning that he has been over-exposed to the 1960's television series the Prisoner. This man has done everything, collected a flat full of Prisoner memorabilia and mechandise over the years. He's attended every event organised, from Prisoner conventions downwards. He has appeared in re-enactments, discused, debated, has written letters and articles to magazines. He has gathered and absorbed all the information he can, and watches the Prisoner three times a year, and single episodes at least once a month between full series screenings, and is constantly listening to the series soundtrack. He's bought the piped blazer, built his own Caterham Super Seven and painted it in Prisoner livery, bought a Mini Moke, and customised it to Village livery, and has had his front door electrified. This man has dedicated his entire life to the Prisoner, so much so that he can take no more. So how do we de-prisonertise the patient? We force the patient to endure watching the Prisoner for 2 hours at a time, while an electric current is fed through the chair the patients sits in. There is a button on the armrest which the patient can press at any time to stop the film. When the film is stopped, it cuts out the electric current. This therapy has proved to be very efficatious.     Be seeing you.