In The Aversion Therapy Room 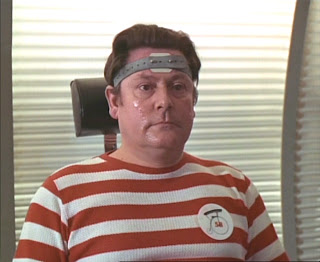 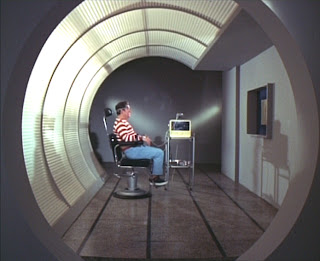 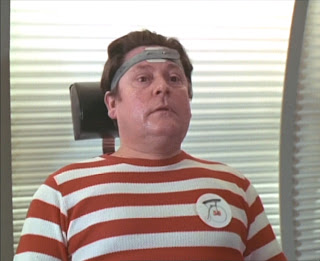 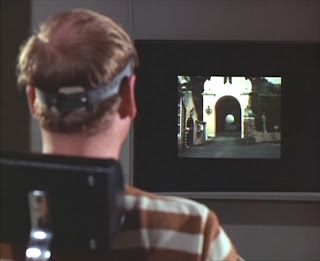 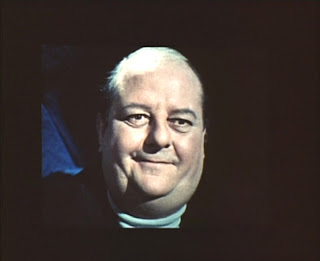 No.58 is having some aversion therapy, as he is averse to No.2. Well I can't say as I blame him, No.2 gives me the eebyjeebies! There are two scenes of the Therapy Room in A Change of Mind, but the third scene is spoilt with a shot of another citizen, not No.58, getting aversion therapy in the third frame of the above frames. His aversion being towards the Village Guardian. By the by the film of the Village Guardian as in the third frame, is actually being seen in 'Mirror' format. In Portmeirion the Ship Shop which acts as the Labour Exchange is on the right as you look at the Triumphal arch.
I think they were very laxidasical in the editing suite, they spoiled a scene by the introduction of a frame from a previous scene....but perhaps they didn't have a back view of No.58!
Be seeing you
Posted by David Stimpson at 09:37