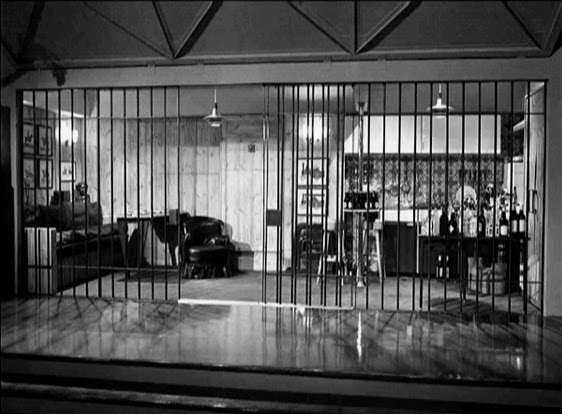 The cage! Built-in bars, also self-contained. Kitchen, bathroom, air conditioning. Food supplies for six months. It's also detachable, you could go anywhere in it....it even has a waste disposal unit. There must be more to this cage than first meets the eye. I wonder where they store the food? I see a kitchenette, but I see no bathroom, and where do they sleep? Food supplies for six months....... who would want to spend six moths in the Embryo Room? Oh but I'm forgetting that the cage is detachable, why is that, and who was expected to go travelling in it? Do not forget that Once Upon A Time was supposed to have been a stand alone episode, until Fall Out came along, which makes No.2's explanation about the cage even more curious. Perhaps even before the advent of Fall Out the cage was seen as some mkind of escape pod to be loaded onto the back of a lorry, an escape pod for who.....No.1 perhaps.
BcNu
Posted by David Stimpson at 09:47