There Are No Second Chances – except for the unfortunate few! 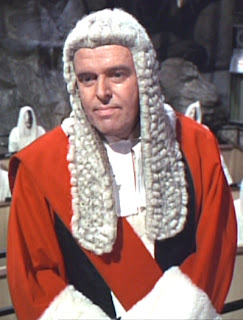 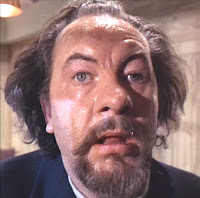 Three No.2's were returned to the village for a second term of office, No.2 of A B & C.
He was returned for a second term of The General, who saw Speedlearn as being the most important human experiment. Well he made a right pigs ear of this, just as he had allowed No.6 to get the better of him in A B & C. Such was this man's over confidence.
Another No.2 to be brought back to the village for a second term of office, was this No.2.
He had to face the ultimate test, along with No.6 you will recall, how it had to be either one of them. No.2 having once been a good man, is still a good man, but if No.1 gets No.6 he will be better!
Well we can understand all this, it's plain and simple. But what of the third No.2 who was returned to the village, not for a second term of office, but in time to conduct the proceeding of Fall Out, to oversee three trials. And another bout of the manipulation of No.6!
What these three men have in common is that they are all failures, and having failed once, were given the opportunity to prove themselves a second time. But each were found to be wanting. And the third of these possibly the worst No.2 of them all. For lost control of the situation, which resulted in No.1 being launched into a low orbit in that rocket, and the village being completely evacuated!
It could never get worse than this! Now there is a new village now, no chances are being taken with such men as these, as there will be no new No.2's, just a permanent No.2, to deal with the new No.6. this only works because there are only six episodes. If there had been but one No.2 in the original series, then it may have become a tedious situation. As it is, a new No.2 keeps No.6 guessing, keeps him on his toes.
Be seeing you
Posted by David Stimpson at 08:57