"This Atlantic raft race is all well and good" Number 6 told this reporter "but I didn't think I would have to build the damned thing as well!" 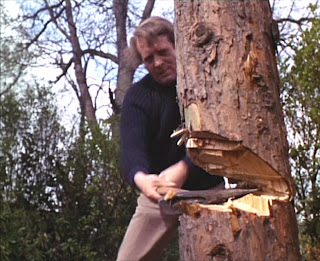 Number 6 was induced into making his raft, unable as he was to resist the attempt of crossing the . Never the less it was hard work right from the beginning, chopping down trees, clearing them of branches, then chopping them into the right length of log. Finding and emptying oil drums for buoyancy tanks, not too sure about emptying their contents down the drain though! It was a race alright, a race against time for Number 6. But yet he did find time to take snap shots of our quaint, picturesque, Italianate village as a momento of his stay here. Then once provisioned Number 6 set sail upon his raft, the only creature to see him off.... a black cat, probably for luck! 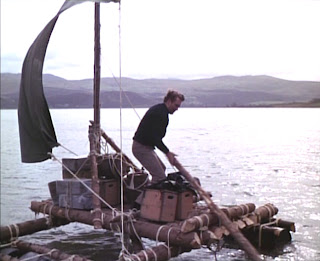 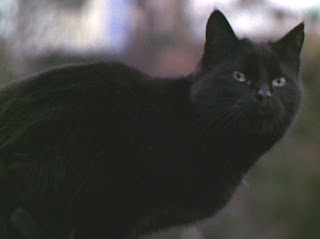 Sadly sometime after the 18th day into the race Number Six collapsed aboard his raft and M.S Polotska, a support boat to the Atlantic raft race, pulled along side the raft and Number Six was able to scramble aboard, and was eventually returned here to the village by air. Yet we applaud Number Six's gallant attempt, and wish him better luck next time.
Reporter No. 113
Photographs from The Department of Visual Records.
Posted by David Stimpson at 09:23