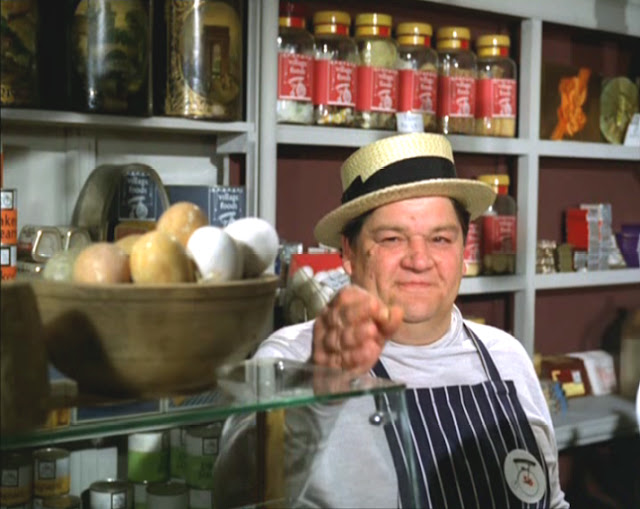 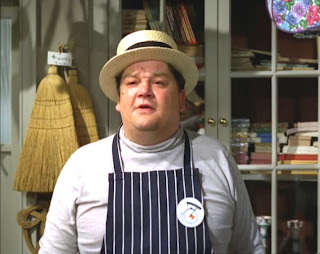 These
These two pictures are taken from Arrival, Yet there is an anomaly which concerns his Numbered badge. To begin with it’s 19, then in the same scene it changes to 56. The only reason I can give for this, is that the director was possibly not happy with the way Denis Shaw said “Be seeing you” and re-filmed it later, and so having any old badge pinned to his apron, but without checking continuity.
This blog item was inspired by a comment made by Anthony Rooney to a recent blog entitled An Unexpected Audit. I had previously made the error of crediting the Shopkeeper with the number 99 in Checkmate, but now I can see that he should have been credited 19, being his original number as in Arrival.
Be seeing you
Posted by David Stimpson at 09:44