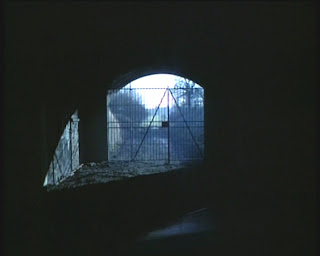 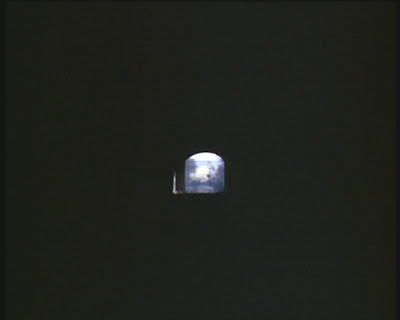 During the evacuation of the Village during Fall Out, our intrepid revolutionaries escape in a lorry, which is driven along a tunnel, bursting through at pair of wrought iron gates at the end. My thought is, and bearing in mind the mountains which surround the Village on three sides, does that tunnel go under the mountains?
Certainly we are shown another way into the Village other than by sea or air. The rocket must have arrived by this tunnel, and who knows, perhaps the way in which the milk, the ice cream, the potatoes and the aspirins are delivered via this tunnel.   BCNU
Posted by David Stimpson at 08:50