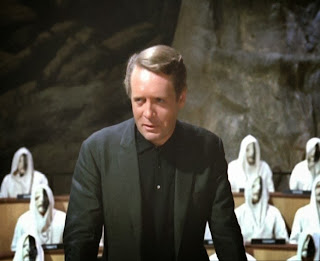 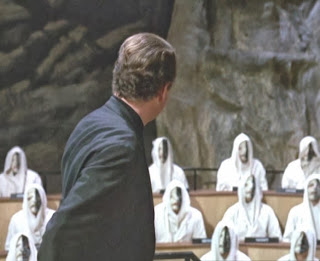 When in 'Fall Out' the former No.6 is trying to give his address to the assembly, but is shouted down at every attempt. No.48 was allowed to state his case, as was the recently resuscitated ex-No.2, and when it came to sir originally I thought we were going to learn something. But with Patrick McGoohan nothing was simple, it was as though he couldn't give anything away. I mean what has "I feel that despite the devaluation of the pound" got to do with it? Is that why sir was shouted down, to save Patrick McGoohan from having to think of something to say? That's how it appears to me.