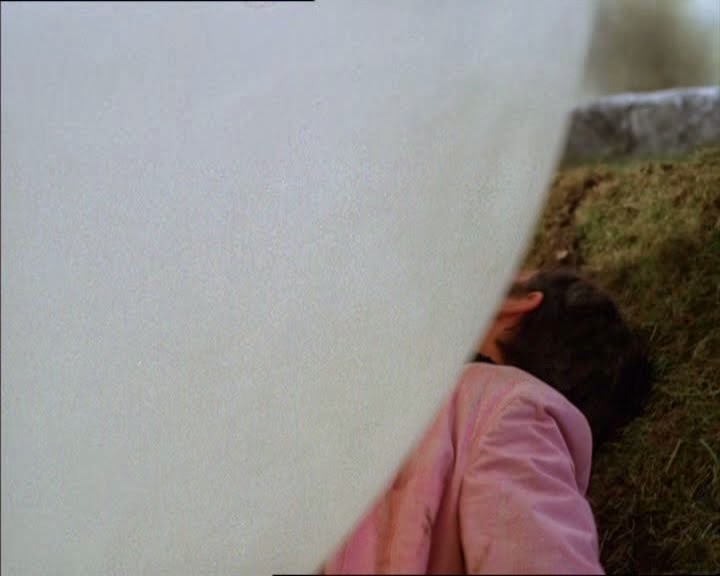 'It's Your Funeral,' and Appreciation Day, and No.6 is trying to stop the execution of the retiring No.2, not just for the watchmaker's sake, but for everyone's sake. He encounters No.100 who wants No.6 to hand over the detonator device. No.6 refuses of course and as he tries to push his way passed No.100 a viscous fight ensues. At the end No.100 is knocked out unconscious, and is left sprawled on a grassy bank. And yet, the above image, which is taken from 'Arrival,' when a citizen is being suffocated into unconsciousness or even death, suddenly it's no longer a man in dark glasses and a striped jersey, but a man in a pink blazer. No.100 wears a pink blazer in 'It's Your Funeral, and it can be plainly seen that it is indeed No.100 in the above image. So if this scene was shot for 'It's Your Funeral,' why should the Village Guardian attack No.100 who's task it was to make sure that Plan Division Q was working to programme and on time?

Be seeing you
Posted by David Stimpson at 09:13