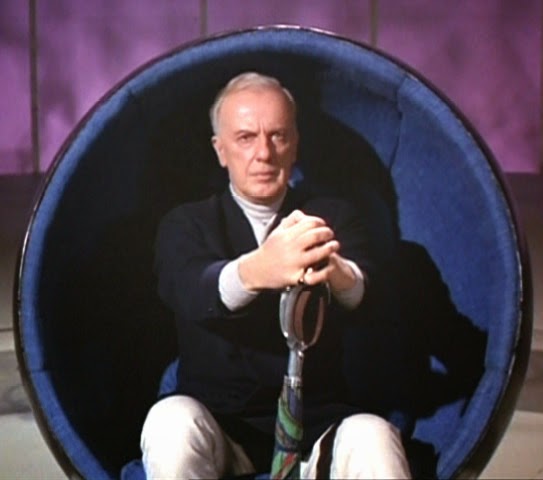 This is the No.2 who had done stirling work for both the Village and it's community, in having such achievements as the new Cafe facilities, the new Blue Zone in the post, the new golf course and clock golf, the new mural in the library, and the elctrification of the clocks. However time is always against us, and time came for this No.2 to step down, to retire. And I know it wasn't the planned way for No.2 to leave his post and the Village by helicopter, but that's the way he went except for the fact that....................... 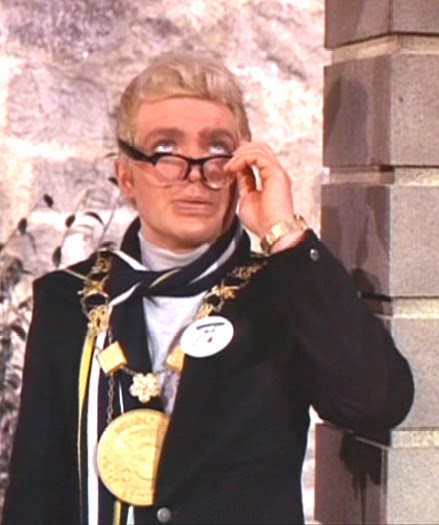 This is the new No.2, an interim No.2 recently promoted to the position of Chairman of the Village. He may very well ultimately pay for the failure of the execution of the retiring No.2. But at least the retired No.2 is on his way from the Village, leaving him as the new leader of the Village. But there's a problem, as No.2 looks up at the helicopter flying away from the Village with the ex-No.2 aboard, he sees the helicopter suddenly turn, turn that is back towards the Village, the ex-No.2 is coming back, and that will cause No.2 a problem.

During James the II {of England} brief reign, the populace as a whole were concerned the Kingdom would become Catholic. William of Orange offered to invade England {for a multitude of reasons} and without going into details, in a short time it became obvious to James that he should flee the country. This suited William very well and hoped he would slip away unhindered.
Unfortunately James II was caught by a group of fishermen who didn't realise quite who he was, and brought him back to London, which was the last thing William wanted! Things then had to be arranged for James II to escape a second time.

The parallel between the ex-No.2 and James II is perhaps not an exact one, however I do see a similarity. I'm sure No.2 didn't want the ex-No.2 returned to the Village because of the problem it would cause. What happend the moment the ex-No.2 stepped out of the helicopter is not known. It might be that a second chance to leave the Village was
arranged for the ex-No.2, or on the other hand, he may have been quietly retired into the Old People's Home.


Be seeing you
Posted by David Stimpson at 08:41