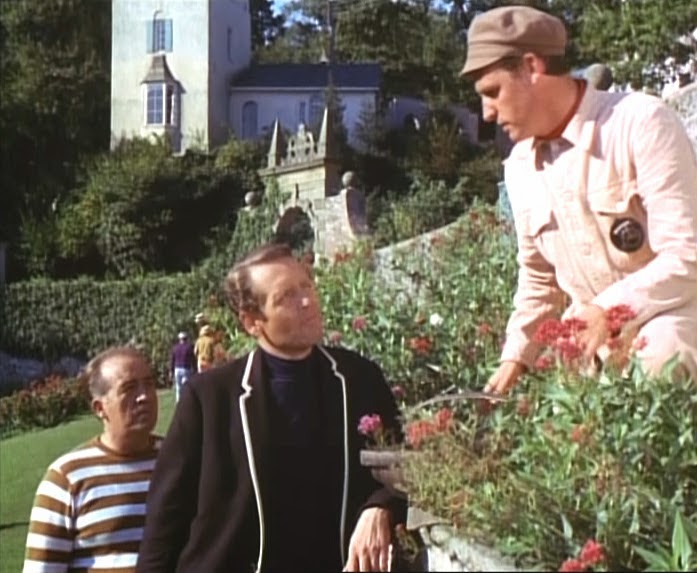 The gardener on the right is a guardian, in the Village of THEPRIS6NER they'd call him an "Undercover".During that episode of Checkmate, No.6 approaches the gardener saying he wants a word with him, in an arrogant manner, which hopefully will help him distinguish between the prisoners and the warders. In response to No.6's arrogant demand, the gardener replies "Then you'll have to wait" in an equally arrogant manner, and picking up his trug, walks off.
However if the gardener had been less arrogant, and had been more approachable, then he would have maintained his anonymity, as a Guardian, perhaps with the result of being able to infiltrate No.6's little band of reliable men.