Today is the Prisoner's birthday, Many Happy Returns to him! 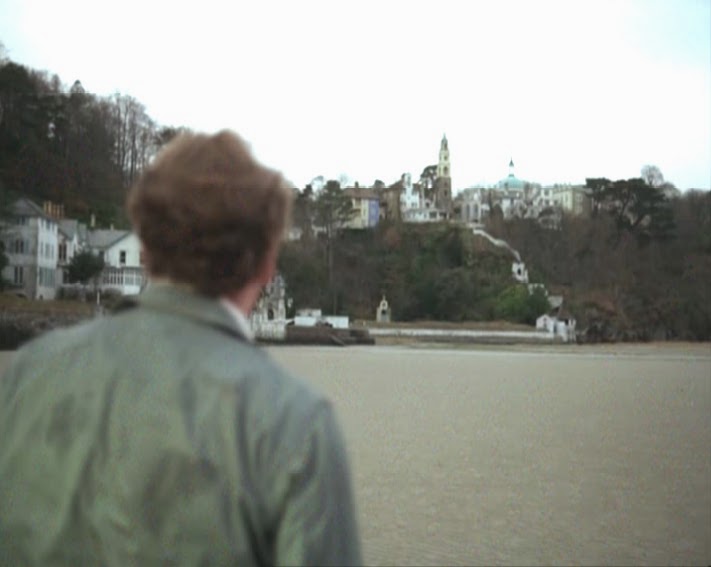 All that time and effort in order to escape the Village, and see how easy it was for "them" to return Number 6 to his "Home from Home!" He is own worst enemy. He made it easy for "them" by actually going to find the Village. I'd have thought that he would have wanted to keep as much distance between him and the Village as possible! However I suppose it's like the retiring Number 2 said "They'll get me eventually. They'll find me, wherever I go." I suppose that could have been said of the Prisoner-Number 6 as well, but there was no need for him to hand himself back quite so easily. I know he wanted answers, but the man's his own worst enemy! 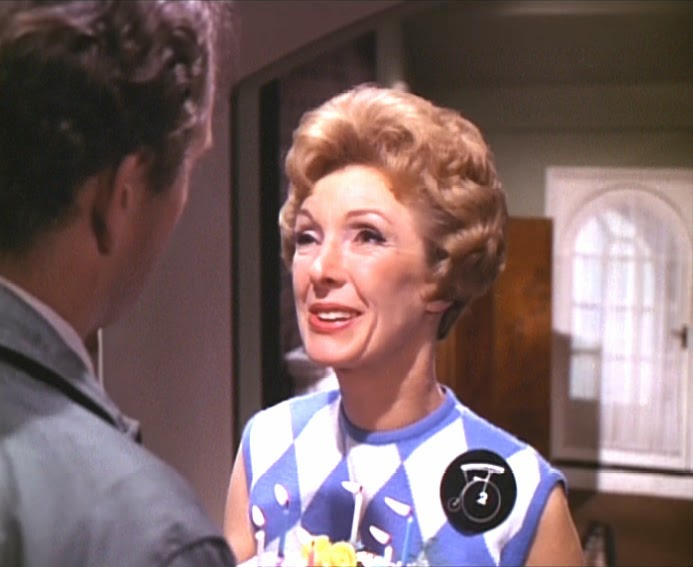 Any moment soon, Mrs Butterworth is going to present Number 6 with a cake, well she did promise to bake him one if he came back, and true to his word "he came back!" So many happy returns 6, there being only six candles on the cake. I have to say Number 6 takes it all in his stride. If that had been me, I'd have been damned angry. Now I do not advocate violence to women, but Mrs Butterworth's smug smile..................!!!!!!
Either Mrs Butterworth/Number 2 has herself only recently arrived in the Village, or she is showing individualistic tendencies by wearing her own dress in the Village. And look at her badge. Yes we've seen the "negative" style of badge with a red numeral, but this one is white! 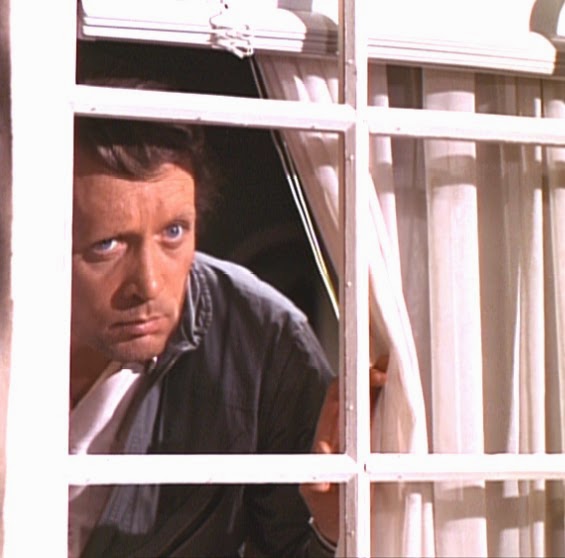 Yes Number 6 it's just the same since you left the Village twenty-seven days ago. The Prisoner looks longingly up at the sky, but the Meteor jet aircraft is long gone. In the central Piazza the citizens parade around as usual, and the brass band plays. Originally the band was to have been heard playing "Happy Birthday" for Number 6. 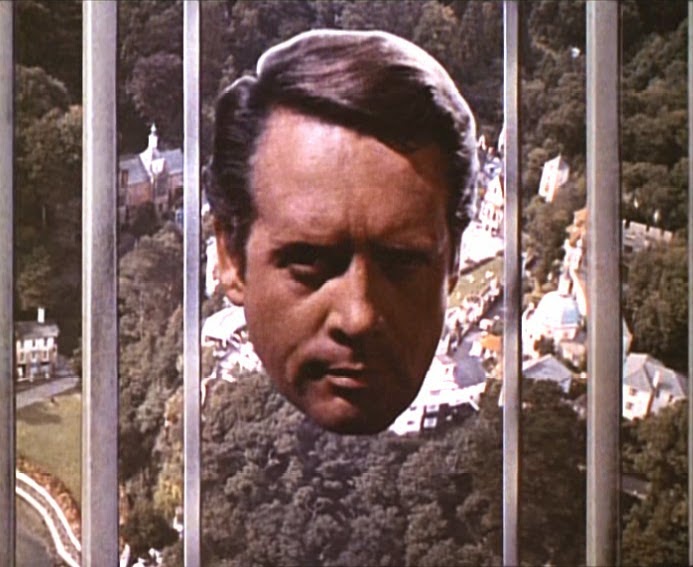 Be seeing you﻿
Posted by David Stimpson at 08:21