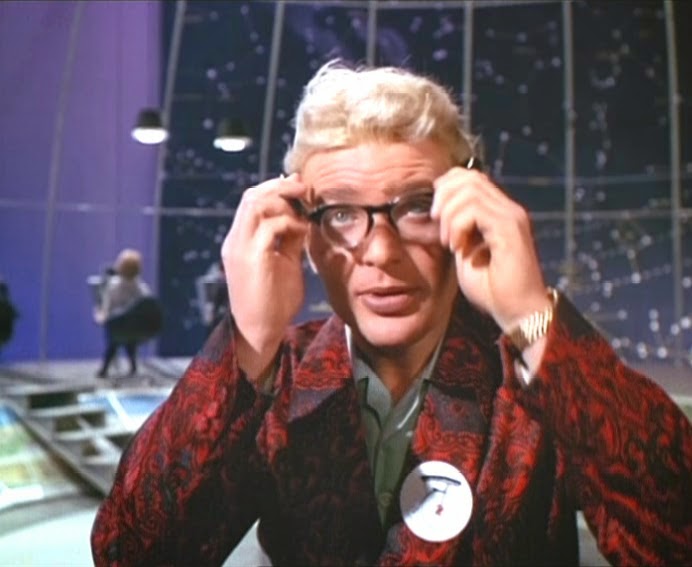 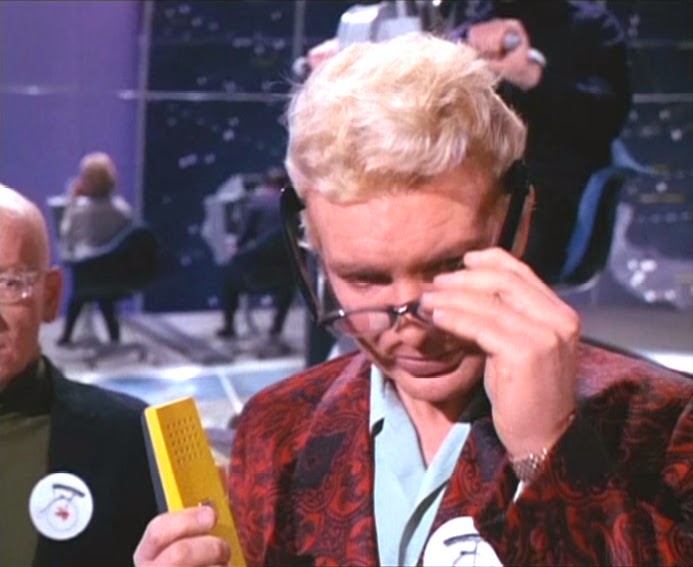 Well it's not really a favourite scene, more of a compelling one, which takes places in the Control Room in 'It's Your Funeral.' When an interim No.2 is continually taking off and putting on his spectacles. I think it's a nervous habit he has, perhaps brought on by the pressure he's put under by No.1. This nervous habit is also demonstrated in another scene when No.6 comes to warn him of a an assassination plot, and that he is the intended victim.
More than that, this Number 2 has the irritating habit of pulling faces when he's on the telephone talking to No.1, as he tries to explain why he is behind with 'Plan Division Q.' Another nervous habit?
The last time No.2 removes his spectacles is in disbelief. 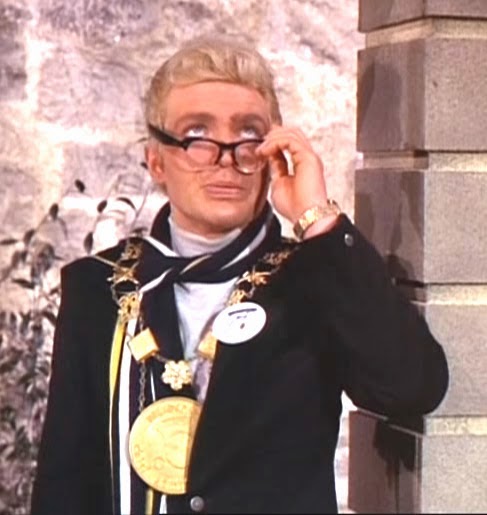 Is at the very end of the episode, because he cannot believe his eyes.....the helicopter with the retired No.2 on board, has turned back towards the Village! Now what?