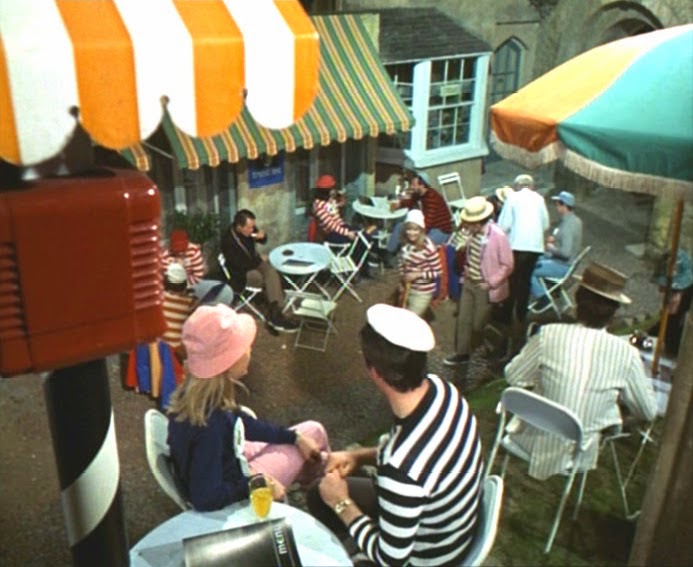 In both 'The General' and 'Hammer Into Anvil' we see a different cafe to the one we see in 'Arrival.' And I have sometimes thought what a pity that the Cafe at Portmeirion could not have been used for the Cafe scenes in 'The General' and 'Hammer Into Anvil,' after all it was used in 'Checkmate.' To have used a set such as the one pictured above does not seem to fit in with the Village, it seems out of place somehow in the screening order of 'the Prisoner' because of the Cafe we already know. Sets of Portmeirion had been built for the series at the MGM film studios, so why not build a set of Portmeirion's Cafe so to add continuity? And yet on the other hand, if you go by the film library order of 'the Prisoner,' then the Cafe in the above picture does make perfect sense. 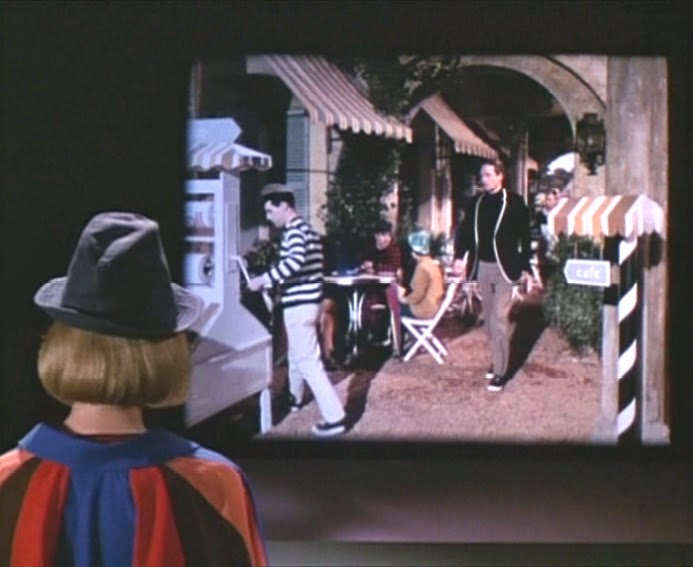 Because in the film library order 'It's Your Funeral' is placed before both 'The General' and 'Hammer Into Anvil,' which makes this second Cafe in the Village, the improved Cafe facilities which had been brought about by the retiring No.2, this being one of the achievements during his term of office.


Be seeing you
Posted by David Stimpson at 08:55