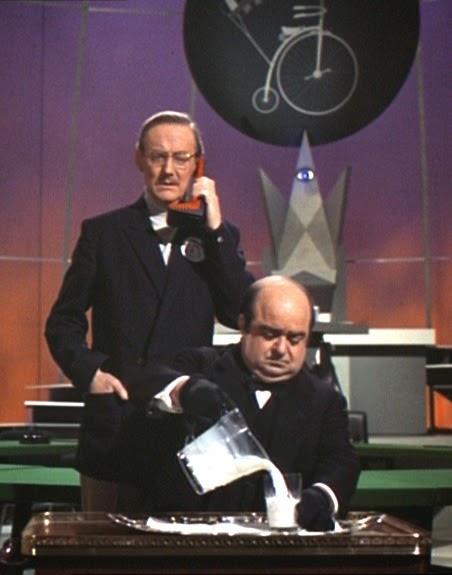 The above image comes from the episode of 'The General.' No.2 is on the telephone speaking to No.1, but there is no evidence for No.2 to be speaking to No.1. Although it is obviously a superior to No.2, so we assume it is No.1. But the point is, No.2 isn't using that over-sized curved red telephone as he did in 'A B and C.' Perhaps Colin Gordon wouldn't stand for it a second time! Although, the episode the 'The General' is screened after 'A B and C' in which Colin Gordon plays the role of Number 2, but not necessarily in that order. The fact of the matter is, according to the library order of 'the Prisoner,' 'the General was filmed before 'AB and C.' So that when Colin Gordon makes his return appearance, he does so five weeks before he debut! 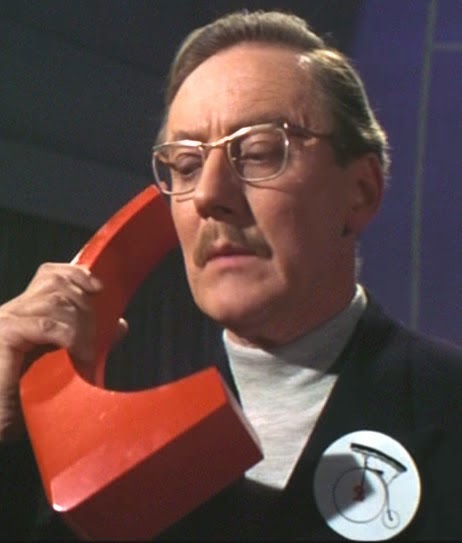 When you consider the fact that in 'The General' No.2 uses, what was considered at the time to be a futuristic red 'L' shaped telephone, it makes the over-sized red curved telephone used in 'A B and C' look ridiculous. But then perhaps it's Colin Gordon who was made to look ridiculous!

BCNU
Posted by David Stimpson at 09:15