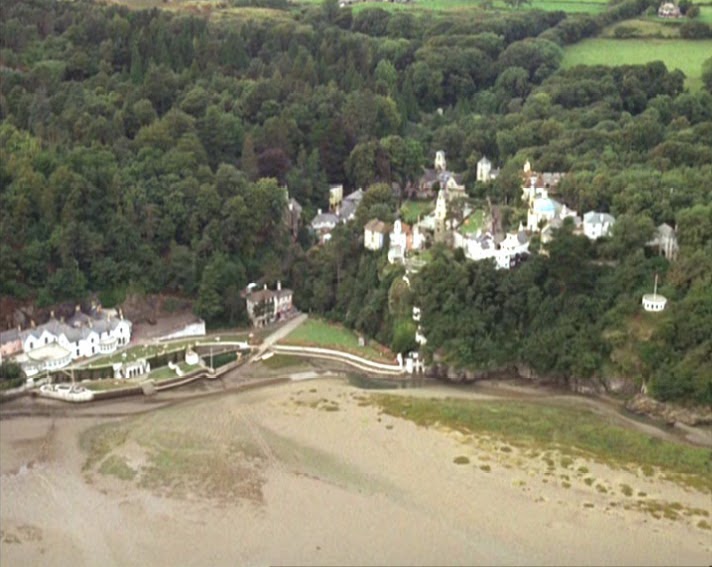 Whichever way you look at it, the Village is nothing more than a detention camp. A place to incarcerate rebels, terrorists, radicals, traitors, where there is no such thing as "human rights," and human experimentation is the daily norm.
To actually have built such an installation would have taken many, many, many thousands of pounds, perhaps even into the millions of pounds. Private contractors would have to had been used. Companies supplying all manner of home furnishings, and technical equipment. Vehicles such as a black hearse, the specially prepared Mini-Mokes, the garden tractors, bicycles, the Alouette helicopter. The Village signs. Tinned food with the Village Food labels, rolls of Village film. Packets of Village darning needles, the clothes worn by the citizens. The Village record label. Not to mention to cost of supplying gas, water, and electricity to the Village. In fact anything, anything at all which is used in the Village has to be produced by companies and then delivered to the Village. So the question is;
Home Secretary "How much do you charge for building a detention camp?"
Sir Charles Portland "Not as much you charge for keeping quiet about building a detention camp!"
Once the Village has been built, one way to keep the private contractors quiet is not to allow them to leave. In otherwords the first citizens of the Village would have been those who built it in the first place! Outside the Village, managing directors of many private production companies, as well as employment agencies, and private contractors would have to sign the official secrets act, and they would then be held responsible for keeping their workers quiet, possibly by paying bonuses.
Its all very well having the Village, but it comes at a cost. And the greater cost may not lie in the construction!


Be seeing you
Posted by David Stimpson at 08:29