The Freedom of The Press! 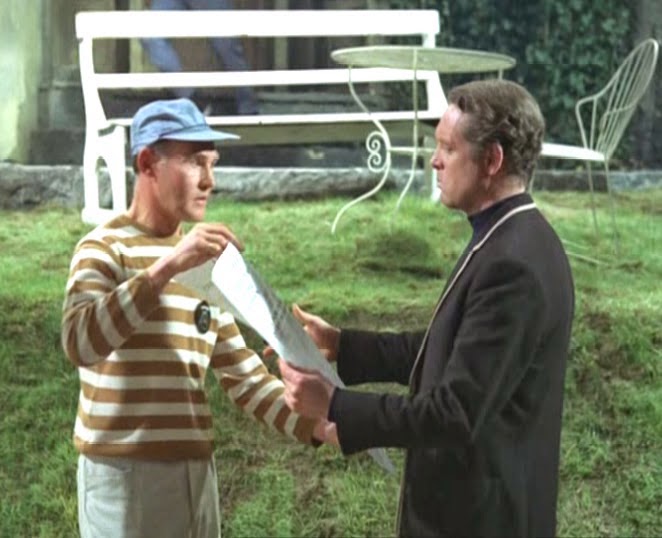 YOU'RE IN THE NEWS AGAIN! 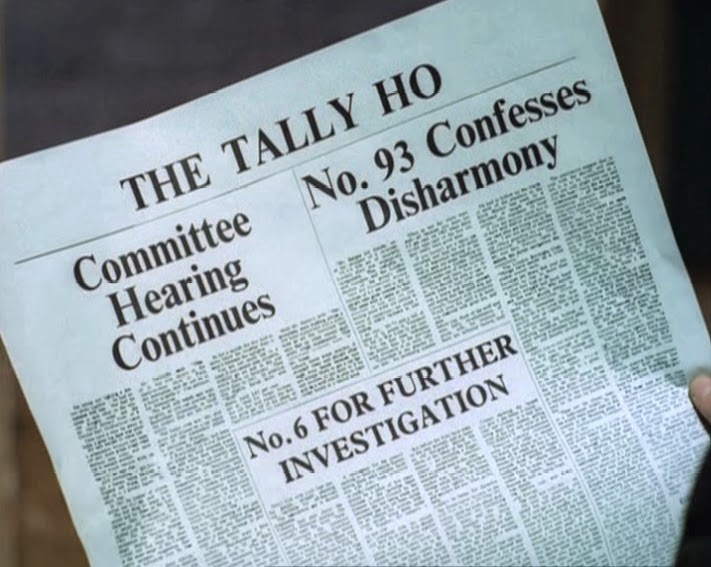 They did it first in 'Free For All,' that headline 'No.6 Speaks His Mind,' heading an article supposedly written from an interview with your local Candidate. The article doesn't even bear the slightest resemblance to the interview carried out by No.113, who was apparently simply wasting his time. Because it is quite clear that the article was written long before the broadsheet was dispensed outside the Town Hall. And in 'A Change of Mind' it happens again, not once but twice! No.6 had only left the Town Hall a few minutes after having been before the Committee in the Council Chamber, before he was dispensed the daily issue of The Tally Ho broadsheet newspaper containing the headline "No.6 FOR FURTHER INVESTIGATION." The only thing is there is no actual article to accompany the headline, well not that we can actually read, not like that of The Tally Ho in 'Free For All' and 'Hammer Into Anvil.' 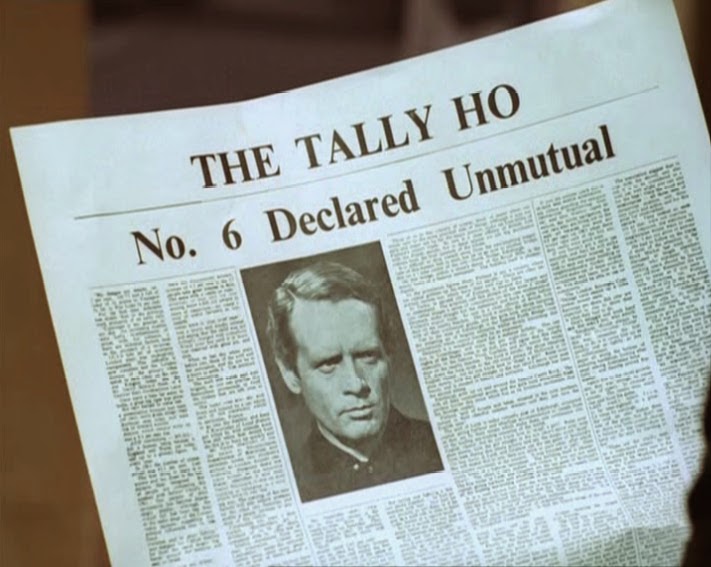 And then on the next day, a few minutes after the Committee had declared No.6 as Unmutual, the Prisoner leaves the Town Hall, once again only a few minutes later he helps himself to a copy of The Tally Ho from the dispenser, the headline reading "No.6 Declared Unmutual," and again the article is written long before No.6 even leaves the Town Hall, such is the freedom of the press in the Village. Once more there is no accompanying article which we might read. I suppose it might have been a question of time. No-one was thought to be able to read any such article in the newspaper, so why bother wasting time writing one! One other observation, I would have thought the picture should have had No.6 wearing Village attire, rather than the suit of clothes he was wearing when he arrived in the Village!


Be seeing you
Posted by David Stimpson at 08:38