After twenty-five days at sea, having taken on two gun runners, forced to jump overboard and swim for the coast, the Prisoner wakes up somewhere on a beach that turns out to be Beachy Head on the south coast of England. And although the Prisoner has shown a great deal of resourcefulness and courage, it would appear that the his ordeal is not yet over. He has to scale the chalk cliff face, aided by recent cliff erosion. In the countryside he encounters a man walking his whippet, who he follows to a gypsy camp, and receives the first genuine act of kindness from a young gypsy woman who gives him a mug of tea or broth. Then asking where is there a road, the gypsy woman sends the Prisoner on his way. But he's not done yet. There is a police road block, but at least this does confirm to the Prisoner that he's back in England. However the Prisoner doesn't want to be taken for an escaped prisoner, so makes his way passed the road block, effectively screened by a hedgerow.
There is a Luton van which has just passed through the road block, quickly the Prisoner runs behind the van and jumps into the back, settling himself down to sleep.
Suddenly the Prisoner is woken up by the sound of a siren, startled by this he jumps out of the back of the Luton van! 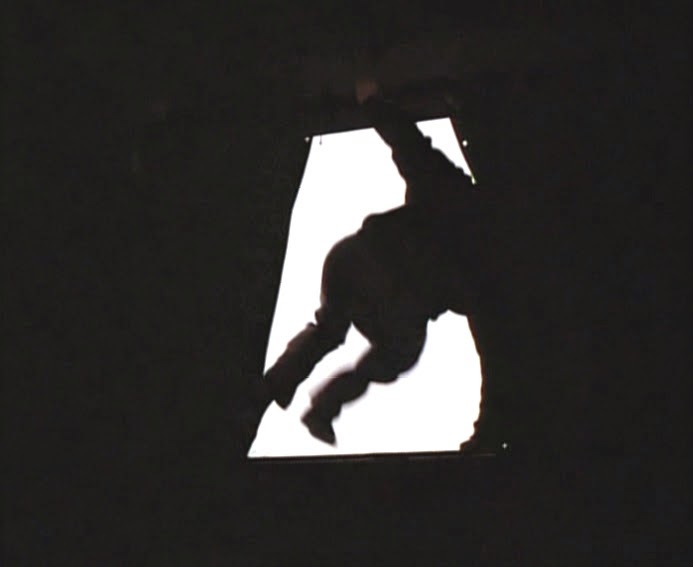 ﻿    This is a fool hardy thing, as the Prisoner finds himself in the middle of a road, Park Lane in London. 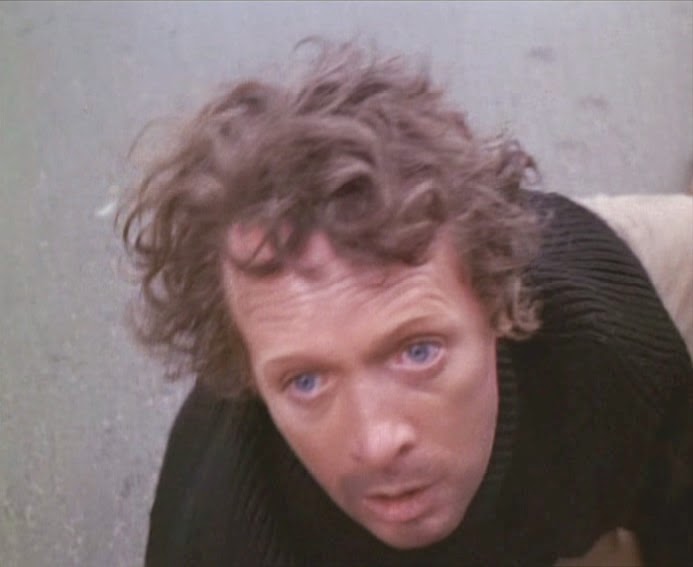 That's right Number 6, all that effort put into your escape from the Village, to have survived twenty-five days at sea, fought off gun runners, only to return home to be run down by a vehicle in Park Lane. Yes Number 6, at this point it could have all been over for you. That was a very reckless thing to do!.
Finally the Prisoner makes his way back to his home in Buckingham Place, Westminster, only to find Mrs Butterworth not only living in his home, but in possession of his beloved Lotus Seven! 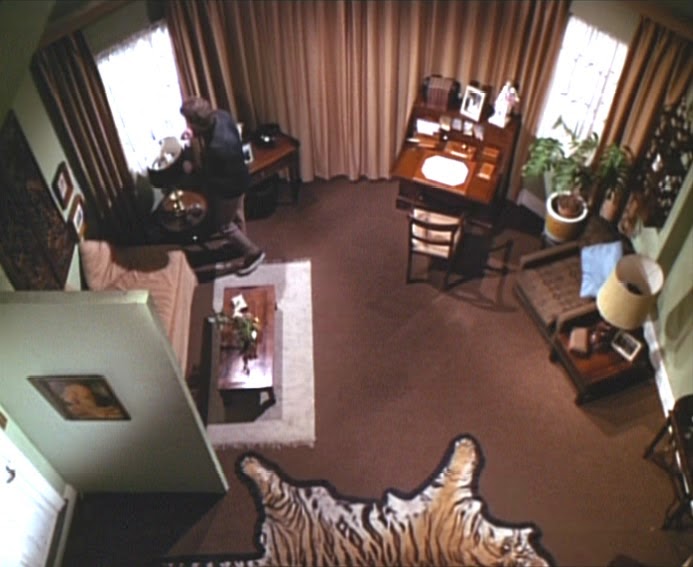 The Prisoner could almost be back in the Village couldn't he? Certainly he's suspicious, and looks for confirmation of his whereabouts by looking through the window, and listens to the comforting sound of the telephone's dialling tone.

He is given food, I'm not at all surprised he ate that whole plate of sandwiches. Not much filling, and the crust cut off, such dainty sandwiches made by Martha's own fair hand. Martha Mrs Butterworth's house maid, who looks down her nose that the raggedy man.
The Prisoner is washed, shaved, and wearing a suit of dear Arthur's clothes. Tomorrow is the Prisoner's birthday, and if he promises to come back, Mrs Butterworth will bake him a birthday cake. The Prisoner promises.
Having two calls to make, one in town, and one in the country, the Prisoner is once more behind the wheel of his Lotus Seven. He has a meeting with the Colonel and Thorpe, who are sceptical about their ex-colleagues report. However the dice are heavily loaded in the Prisoner's favour, and so his story is checked.
With the help of a Naval Commander and an RAF Group Captain, calculations are made in order to ascertain a search area for the Village, a total of 1,750 square miles, the coast of Morocco, South West of Portugal and Spain.
A Gloster Meteor jet aircraft is quickly organised, as is refuelling at RAF Gibraltar. The Group Captain himself is to pilot the aircraft, or he would have done had it not been for the Milkman! And so taking to the air, the Prisoner sets off in search of the Village! 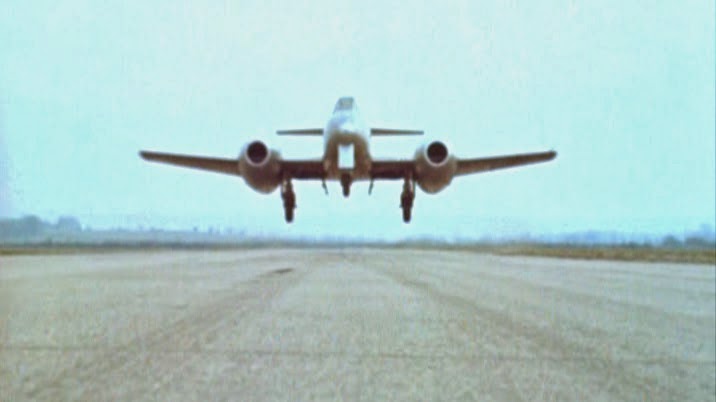 Be seeing you!
Posted by David Stimpson at 08:38