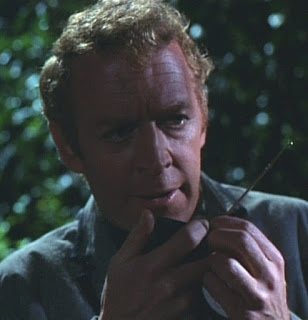 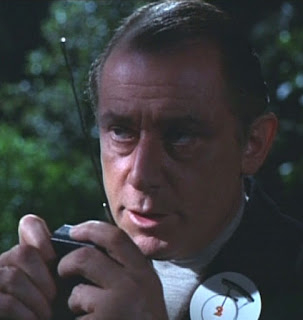 “What’s he doing now?”
“I can’t quite make it out sir.”
“What do you mean, I can’t quite make it out?”
“Can’t you either sir? I’m not surprised, it’s getting pretty dark!”
“I don’t want excuses, I want to know what Number Six is up to, follow him.”
“What in the dark?”
“Yes, but just watch your step.”
“Aggghhh!”
“What is it, what’s the matter?”
“I slipped!”
“Just get on with it, and go on reporting.”
“Well I’ve picked myself up, and I’m making my way down, these steps are a bit dangerous in the dark. Someone should tell health and safety!”
“Oh shut up. What is Number Six doing?”
“He’s making his way along the sea wall.”
“Go on reporting.”
“I’ve made it to the bottom of the steps, there’s a small round turret with a flagpole in the middle of it.”
“And Number Six?”
“He’s not here. He’s walking along the quayside. He seems to be making for the Stoneboat. He’s still carrying the white envelope. He’s gone inside. Now he’s come out. Shall I keep following him?”
“No, meet me at the Stone boat agggghhhh!”!
“What’s happened sir, can you hear me Number Two? Oh, he’s switched his radio off, he must be in one of his moods!”