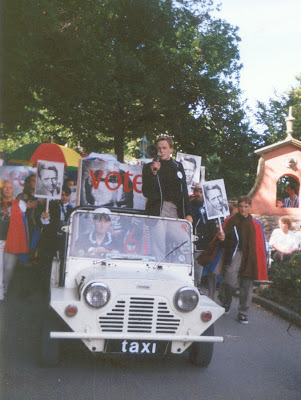 Yes, that's me, at the 1994 Convention, in my role as No.6, telling the electorate how it is! And I can assure you that I won the election by an overwhelming majority. 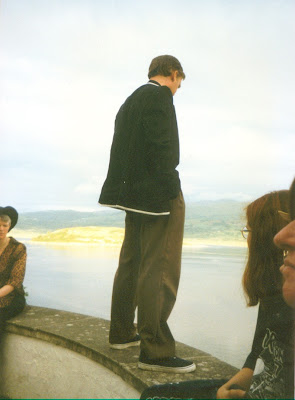 I was the first to re-enact this scene from Dance of the Dead actually standing on the spot as McGoohan had done. I was told that I shouldn't do it, as it is a steep drop. But I was determined to do it. Because I always believed, as I do today, that if you are creating a re-enactment of something original, then you have to get that re-enactment as close to the original as you can. Otherwise it's no longer a re-enactment, but a simple representation. 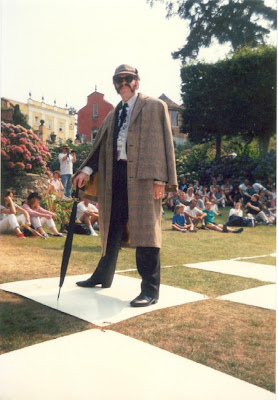 Mister X's appearance at a Prisoner Convention as his search for the Girl who Was Death continues.
Fans of the Prisoner don't seem to bother these days, I mean to gain a costume such as the one i am wearing as Mister X. I've seen the pictures of the past couple of Conventions at which the boxing scene from The Girl Who Was Death is re-enacted. But that Mister X isn't in any costune that resembles this one. People don't seem to bother to get it right any more.

I'll be seeing you
Posted by David Stimpson at 08:52