That was No.6's revenge on no fewer than two separate occasions. The first for the suicide of No.73 at the beginning of Hammer Into Anvil. The Prisoner's revenge taken against No.2 who hounded No.73 until she could not stand any more of his interrogation, driving her to commit suicide by jumping out of that hospital window.
Then in Living In Harmony Cathy/No.22 a saloon girl who was brutally strangled to death by the Kid, twice! This made the stranger, the man with no name - No.6, put on his gun and face the Kid in a gun fight who he out draws and guns down in the street. 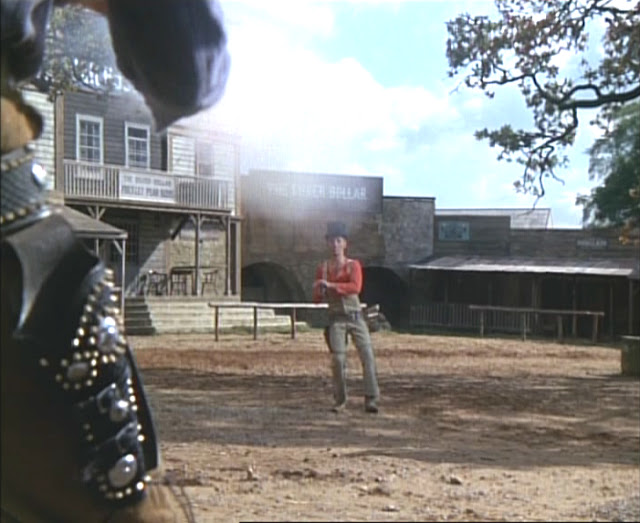