Over the years I have been to Portmeirion many times, for holidays, Prisoner Conventions, and even day visits when the urge has been too strong to resist. I have seen three types of flag flying at the Italiante Village, the Welsh flag, at times the European Union flag, even the Village flag {white with a black Penny Farthing}. But recently while watching some amateur film footage taken at Portmeirion during the filming of the Prisoner during the September of 1966, I see another flag flying at Portmeirion, the American 'Stars and Stripes.' 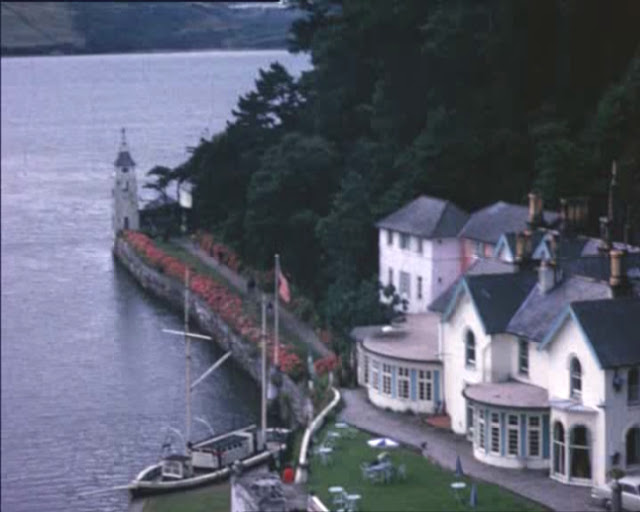 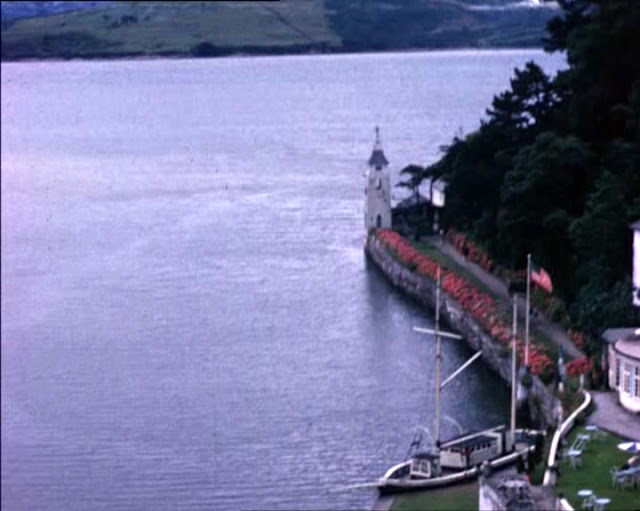 So, I could not help but wonder who it was, who was staying at Portmeirion at the time when the Prisoner was being filmed, who warranted the flying of the American flag? Unless it was simplyordinary American guests who demanded that the 'Stars and Stripes' be flown from the hotel flag pole. After all, it was an American guest who demanded the removal of the Peacocks from Portmeirion back in the 1990's. It was about May or June, the mating season of the Peacocks, and during which time the birds are at their noisiest. It disturbed the American guest and he couldn't get to sleep at night, and he said that if the Peacocks didn't go, then he would and never to return. It was a sad, sad day when the Peacocks were taken away from Portmeirion, many people loved them, including my wife and I.