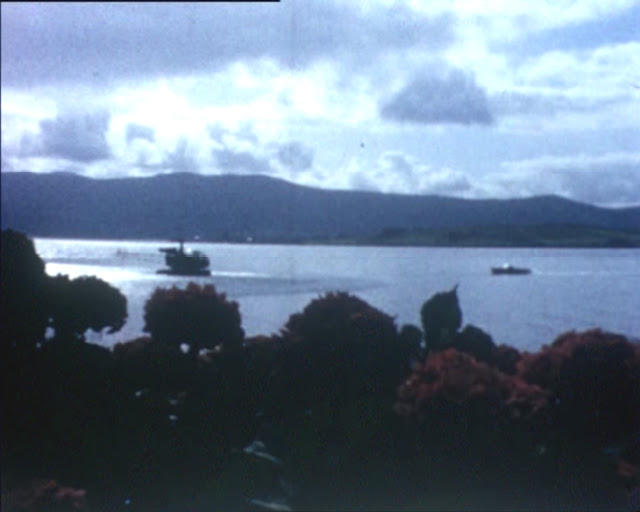 This is a frame of film taken by an amature film maker who was staying at Portmeirion in September 1966 during the filming of the Prisoner there. This is, as far as I am aware, the only time the Alouette helicopter actually landed on the water at Portmeirion. Of course the helicopter makes no such landing in any epiosde of the series, which is a pity really. Because in the episode of Free For All, when No.6 encounters the Village Guardian whilst attempting to escape by Jet Boat, and having lost control of said boat, No.6 jumps overbaord into the water. He then begins to swim, but is taken as though by some force generated by three Village Guardians, back to the beach. No that scene could have given the opportunity for the helicopter to land and retrieve No.6 from the water. But then I suppose that would have made the scene too straightforward.      BCNU
Posted by David Stimpson at 08:40