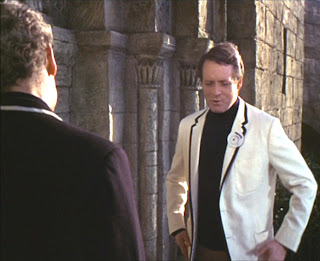 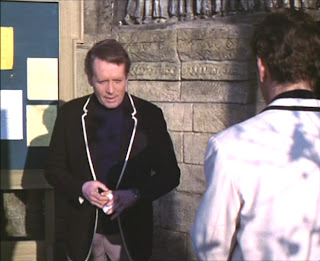 You would have thought someone would have noticed the pair of Six's walking through the Village on their way from '6 Private' to the Recreation Hall. Indeed, after their shooting and fencing competitions, why weren't the pair of Six's noticed fighting on the steps of the Recreation Hall? I don't expect any citizen would want to intervene in attempting to break up the fight, but you would have expected someone to see something, to see that there were two Number Six's now in the Village, news like that would surely have spread through the citizens. After all, there were plenty of passers by, pedestrians, cyclists, not to mention taxis being driven passed!

BCNU
Posted by David Stimpson at 08:40