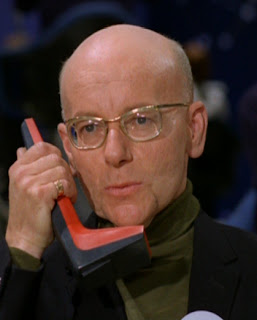 Being a supervisor in the control room is a huge responsibility, sometimes we get it wrong but mostly the Control Room staff are on the ball. True we do get it wrong occasionally, likeNo.6's birthday, but there was no such conspiracy as suspected by No.2.
Most of the work carried out in the control room is routine, the observers observe through their monitors, even the two sat upon the metal see-saw device, helps keep their attention focused, so I'm informed.  Then there is the occasional 'yellow alert' and then 'orange alert,' because someone is trying to escape, probably that No.6. But there is no given situation that we cannot deal with, our efficiency is second to none.
However the occasional anomaly is thrown up, like the time No. 2 suspected No.6 of planting a bomb, a bomb housed in a blessed Cuckoo Clock! Well of course there wasn't and for many here in the village there was only one Cuckoo..... yes well mustn't speak ill of the mentally sick and paranoid!
'Visual Records' is where all the surveillance tapes are stored. There technicians and archivists go through the surveillance tapes, in case the observers have missed anything. And then one day the report came through that we did, or I suppose it could have been an error...... I suppose it could!
"What do you make of it? No. 2 asked sternly. 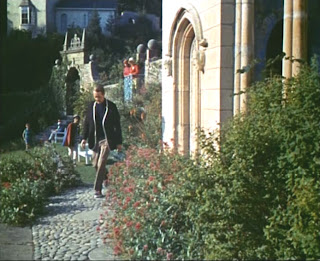 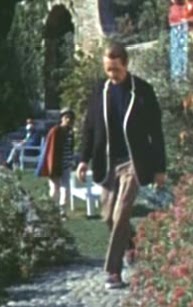 I recall looking at the two images on the wall screen, I studied them carefully.
"Surveillance stills from, I would have to check, but isn't that No. 8 walking behind No.6, and there just behind his right shoulder" I found myself replying, and yet seeing nothing strange.
"So?" said No.2 from the comfort of his chair.
"The surveillance photographs are from Checkmate” I replied with confidence.
"Ordinarily you would be correct. But in this particular instance you are wrong!" said No.2 rising out of his chair.
"I was stunned I can tell you!"
"So" said No.2 drawing up close "where do you think the surveillance footage for these actual stills came from?"
I thought for a moment, but had no idea "I've no idea No.2."
"Then you will be as surprised as I was to discover that the actual surveillance footage, came from The Chimes of Big Ben!" No. 2 said with assured certainty.
"The Chimes of Big Ben" I responded in startled confusion "but that's impossible, there must have been a mix up with the tapes!" 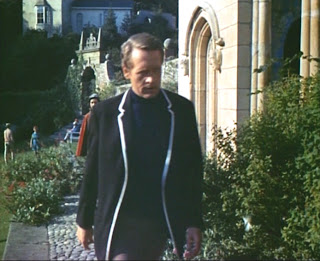 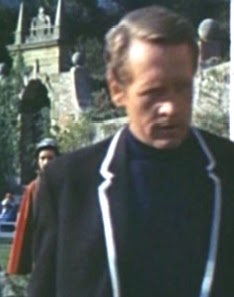 "I am assured not. What you are looking at are frames of surveillance footage taken directly after No.6 had had breakfast. " retorted No. 2 "Bring No.6 in for questioning, and that blessed No.8 I want to know what the game is!" barked No.2.
"Game No.2?" I questioned.
"Yes, they've concocted something up between them, probably something to do with those blessed Jammers!" stormed No.2 back into the comfort and security of his chair.
"Perhaps time travel is in it as well!" I quipped in return.
"Oh don't be stupid! Get out and bring in No's 6 and 8 for questioning."
"Yes No.2, at once."
Well we never did find out what the anomaly was, perhaps it was a simple mix up of the tapes by the technicians in Visual Records, though they never owned up to it if it was. Who knows perhaps time travel is in it as well as No.6 himself said!
I don't expect you to take my word for it. Just take a look at the surviellance film footage during The Chimes of Big Ben for yourself, just after No.6 had had his breakfast near the beginning of the episode.
Supervisor-No.28
Posted by David Stimpson at 08:27