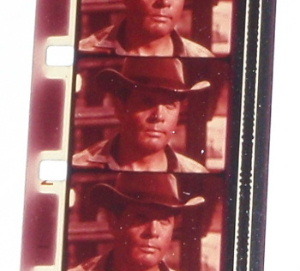 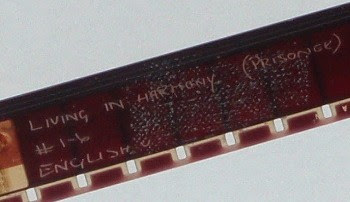 THE PRISONER "PATRICK MCGOOHAN" 16MM COLOUR ITC FILM "LIVING IN HARMONY" 1967
You are bidding on a original ITC (Incorporated Television Company) reel of 16mm colour film from the TV series "The Prisoner" starring Patrick Mcgoohan.
As far as I am aware, this is probably the only reel of film to exist for this episode.
THIS TITLE"THE PRISONER" EPISODE
"LIVING IN HARMONY"COLOUR 1967

As for this being "probably the only reel of film to exist for this episode" I doubt that very much, as when 'the Prisoner' was screened on television it was the 16mm prints used, and Iwould be very surprised if this is the only one in existance. Reads like a come and buy bid!

BCNU
Posted by David Stimpson at 08:38