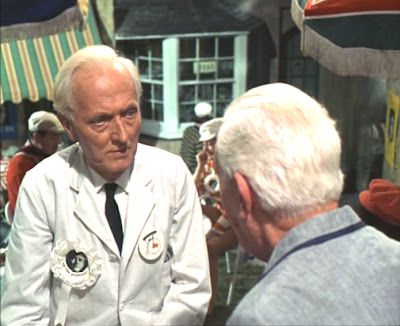 "Did you see the football last night?"
"Yes, I couldn't believe 10 was off-side."
"He wasn't, 4 was playing him on-side."
"The ref needed glasses."
"That was never a penalty you know."
"Yes I know, he was tackled just outside the box."
"He's viscious our number 3."
"What Chopper Three?"
"What was Number 9 doing with his feet?"
"They're called step-overs."
"Is that what they're called. He was dazzling."
"Yes, until he tripped over his own boot laces!"

BCNU
Posted by David Stimpson at 08:12