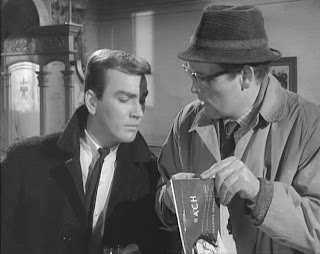 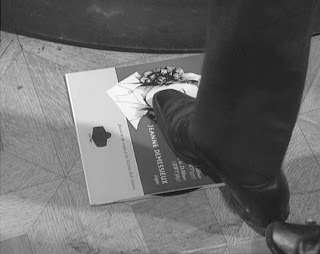 'Don't Nail Him Yet,' sees John Drake take on the personna of school teracher John Keiron in his task of getting close to Rawson who is suspect of passing on Naval secrets to the other side. In the Star public house, there is a group of youngsters who pick on Drake "Batches and fudges!" In teasing Drake about his LP record, it gets dopped on the floor and one young man puts his foot on it and breaks the record.
My wife pointed out an error in this scene the other night. The fact that the record should not have broken, seeing as how it is not a seventy eight record made from shellac which is very brittle, but vinyl which is far more durable, and virtually indistructable, and it wouldn't have made that crunching sound!