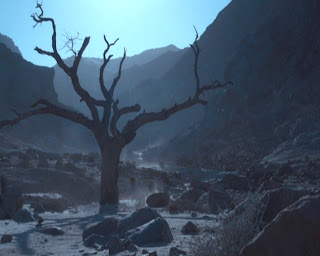 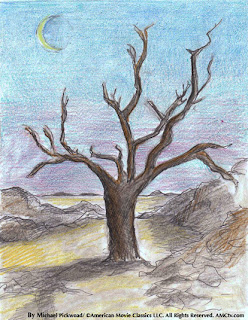 This is the tree of desolation. It appears in 'Arrival' by which the Prisoner buries the body of the old man, which is somewhat provocative of the scene in 'Living In Harmony' in which Number 6 buries the body on Boot Hill. Except there is no body in either case! The tree of desolation also appears on a tarot card in the final episode 'Checkmate.' 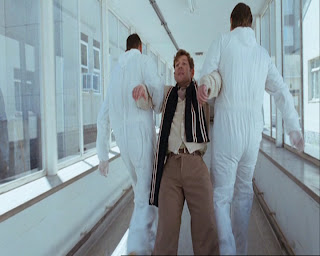 This man, 37927 is accused of being a Two impersonator. But since when did Two take to wearing the "Old school scarf" in THEPRISO6NER? Another homage to the original series.